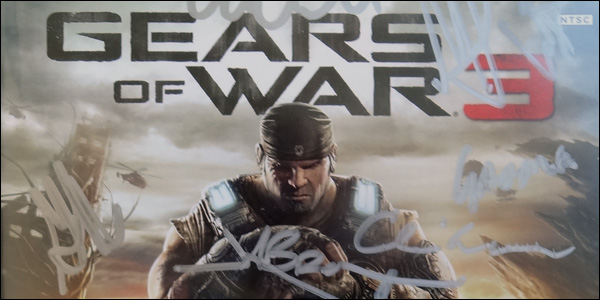 We’ve decided to reboot our Gears of War 3 contest. In retrospect, starting such a contest in the first week of our existence was a bad call. Also, the requirements and the mountain of legalese were probably unhelpful.

Here is the new setup for the contest. We’ll give away 3 copies of Gears of War 3 once we’ve reached 500 likes on Facebook. After that number has been reached, people will have a few days to enter our drawing via our Facebook page. We will, naturally, make an announcement on the site with further details when that occurs.

The prizes will be three copies of Gears of War 3 for the Xbox 360. Two of these will be autographed by the good people at Epic Games. The only requirements for entry are that you must live in North America and you agree that we are not liable for any problems with shipping. Contrary to popular opinion, Broken Joysticks does not secretly control the US postal service. We’d also appreciate it if you were over 18, because I don’t want to receive any angry letters from outraged parents. I receive enough of those as is.

In case you’d like to know more about Gears of War 3, please check out Rae’s review for Team Xbox.