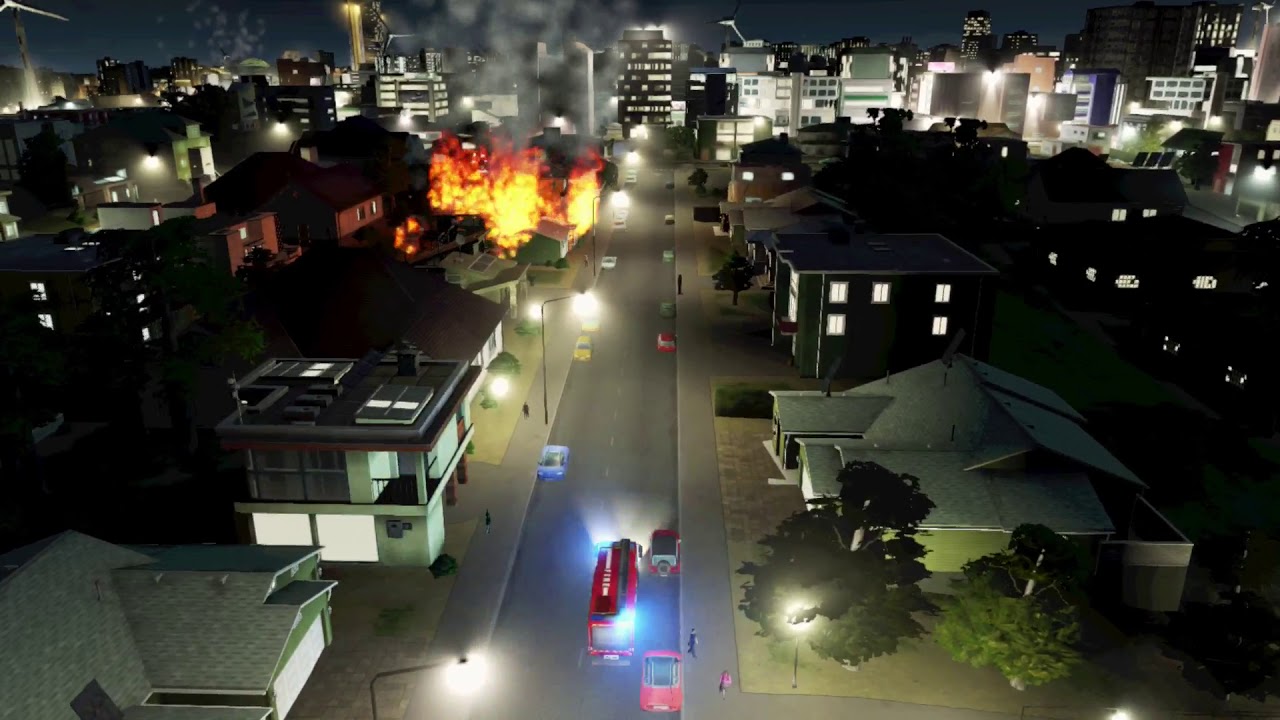 The city management genre has long been a favorite of mine – able to consume a vast number of hours with ease. I’m no stranger to Paradox Interactive’s Cities: Skylines series either – having reviewed the base game back in 2015 when it debuted on PC. Needless to say, I’ve spent a lot of time planning new residential zones, placing down roads and dealing with the odd unexpected pandemic or two. Now with the game coming to Nintendo Switch alongside two of the already released DLC packs, should returning mayors like myself double dip on the only portable version of Skylines to date?

Cities: Skylines is a sandbox simulation game that offers little in the way of larger goals, instead relying on the player’s creativity and long-term vision for their city to craft any sort of tangible goals and ultimately determines what a positive outcome. Like other games in the genre Cities Skylines tasks players with place a network of roads, properly zoning (and sub-zoning) sections of their city for Industrial, Residential and Industrial use.

Those looking for a sense of progression will find that advanced buildings like University Campuses, confusingly Clean Energy power-plants, large hospitals and the ability to “dense” versions of the three basic zone types are locked behind predetermined population numbers. This gives new players or those who aren’t quite familiar with Cities: Skylines systems the chance to slowly grow accustomed to providing needs like a network of water pipes for their city or making sure that education coverage is at least adequate across their ever-expanding metropolis. It’s easy to imagine a scenario where a new player might accidently build a mega-water pump, large hospital with the capacity of 10,000 patients or other piece of infrastructure when their town only has a few hundred residents.

At first blush Cities: Skylines appears to provide not only a lot of freedom to the player but also a robust simulation of modern neoliberal city budgeting. Players can adjust the level of funding for almost every aspect of their tiny digital urban center: the % of funding needed for road maintenance, the amount of $ going towards that newly built university, how much of the cities cash reserves will go towards fire prevention etc. However, like capitalism itself, this seeming abundance of choice and prosperity is a smoke screen obscuring the flaws, hazards and limitations that these both of these systems create.

Cities: Skylines attempts to make budgeting for the population of thousands of simulants similar to how a household budget may work. Funds are based around the total amount of money collected from taxes (more on that in a moment) and then distributed among a set of priorities to meet the needs of the city’s inhabitants.  Except this is not how city budgets operate at all. Deficit spending is common among municipal, provincial and federal governments when large infrastructure projects and transformative social policy are implemented to better serve the needs of the populace.

Problems begin to appear when the amount of available funds starts to approach the literal red. If you need to build some much-needed medical centers, make public transit free or simply need to connect a few roads to fix a traffic congestion problem you’ll be met with the inability to move forward at all until you wait for revenue to come in or take out a loan at a high interest rate. Not only does this bring any plans players may have for their cities to a grinding halt but also does a disservice to the very thing the game is trying to simulate. Should a major bridge collapse, a building burn down or a disaster strike a major city in the real world– the cities’ government couldn’t twiddle their thumbs and do nothing waiting for tax dollars to roll in. 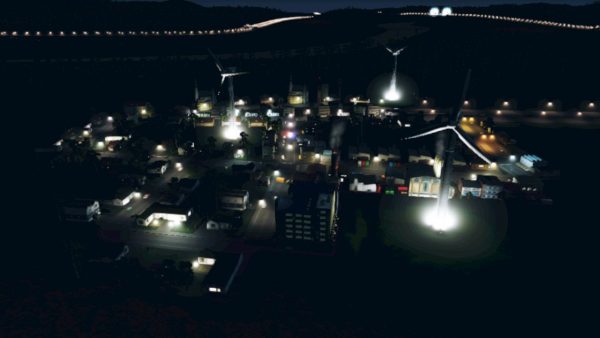 Limiting new construction due to a flawed budgeting model and the lack of deficit spending aren’t the only way that Cities: Skylines tries to push players towards fiscal conservatism and thus a worse overall society as a whole. In the budgeting panel it is very clear that not only are the Residential, Industrial and Commercial tax rates adjustable per type but tax rates can differ depending on player defined neighborhood and night / day. Once again, Cities appears to provide a lot of choice to its Mayors in how they want to run their town but this choice is merely an illusion as behind the scenes Cities has a pre-defined “optimum tax rate” before severe negative consciences start to manifest that can, at times, doom a city to go from a large home of millions to a literal ghost town in a number of months.

Community lead research has found that the “Optimum Tax Rate” for the denizens of Cities: Skylines is anywhere between 9% to 12&. Any higher than that and simulants start to leave a city in droves regardless of other factors like the availability of education, transit, leisure activities or pollution level. Despite all of these factors being able to be simulated by Cities, they don’t factor into the decisions that the populace makes at all – making the simulants not feel like real people at all. Once the tax rate goes over that magic number they pack up and leave – despite the fact that in the real world, no one would move out of their city if everything was going great but taxes suddenly jumped up one percent.

Skylines is not a perfect game when it comes to the simulation part of things but it still scratches that itch to – plan, execute and evaluate a growing city like the original release did. Paradox Interactive have made a number of changes to how the menus in Skylines work to accommodate for the lack of a Keyboard or Mouse on the Switch. Instead of clicking on an individual icon and then scrolling through a set of sub-menus the Switch version uses a “ribbon interface” where broad categories are selected using the Joy-Con’s d-pad. It works and once you get used to it, the changes to the interface are just as comfortable as the PC original. 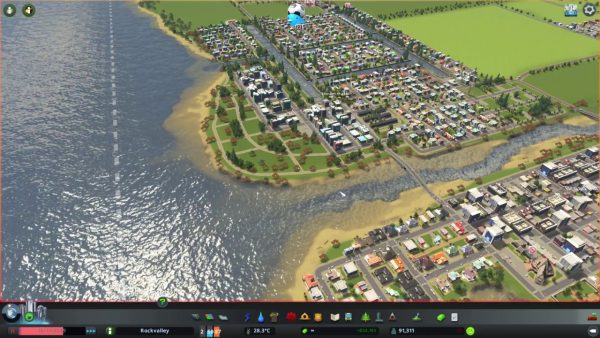 For fans of City Management / City Planning games, Cities Skylines for the Nintendo Switch is an easy recommendation to make. Not because it’s the only game in town at the moment but because what Skylines does get right – managing public transit, road placement, day night cycle – are so well execute that it is still a joy to watch buildings grow as they are under construction. For $49.99 CDN not only do Switch get a re-worked interface, the full base game running at a steady 30FPS but also two of the post-release expansions After Dark and Snowfall which add Day/Night and weather effects respectively. Potential mayors should be aware that Skylinesis going to make creating a progressive socialist society as difficult as possible and that the unlimited money option is unlocked right from the get-go.

Paradox Interactive Provided Broken Joysticks with a digital review copy of the game.