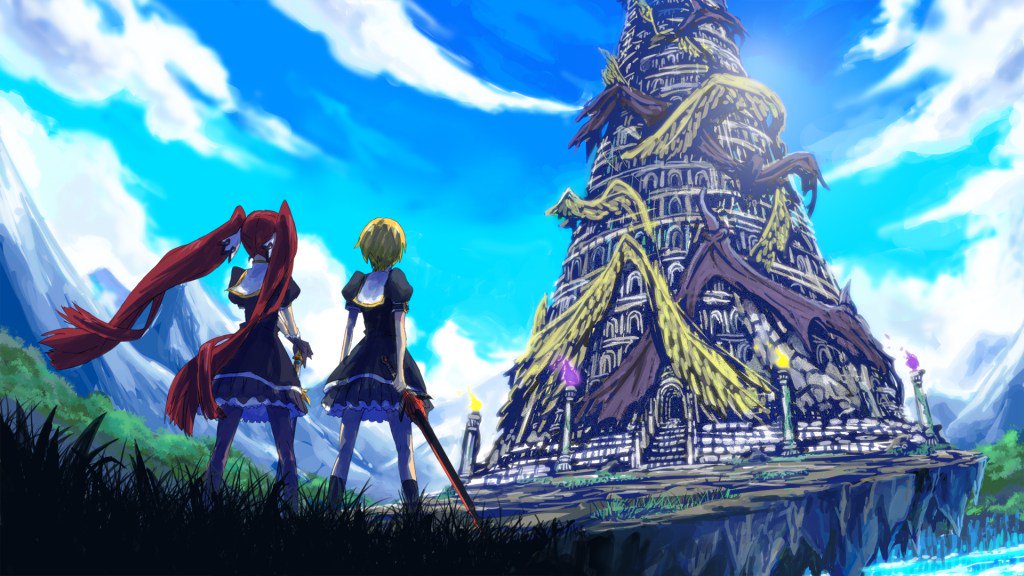 Croixleur Sigma is a fast paced wave based beat’em up originally developed by Souvnir Cir and it now finds its way onto Nintendo Switch with a digital release on the E-Shop thanks to publisher Active Game Media. Having previously played Croixleur Sigma on PC at various game conferences in 2016 and on my own personal PlayStation Vita two years ago, I was well versed in this short but enjoyable arcade-like anime action game before even booting it up on my Switch. If juggling enemies in the air, large scores and extended combos are your jam then you’ll probably eat Croileur Sigma up. A certain demon hunter owned by Capcom (*cough* Dante *cough*) might be missing in action on Switch, but hopefully the bright cast of Croixleur Sigma can help fill that hack n’ slash hole missing in your library.

Croixleur’s narrative is centred on Lucrezia Visconti and her rivalry with fellow Magical Knight academy student Francesca Storaro as the two venture up the many floors of a mysterious tour. One of the most enjoyable parts of the short story campaign, which can be completed in a little under half an hour, is the banter between Francesca and Lucrezia. Clearly the pair of them have it out for one another but it’s never really comes across as a mean spirited rivalry, but more as a contest between close friends who have may have let the stakes get to them. The game features some really well crafted digitally painted character sprites that help express Lucrezia and Francesca’s mood throughout the brief story and all of their interactions are fully voiced in Japanese with English subtitles. 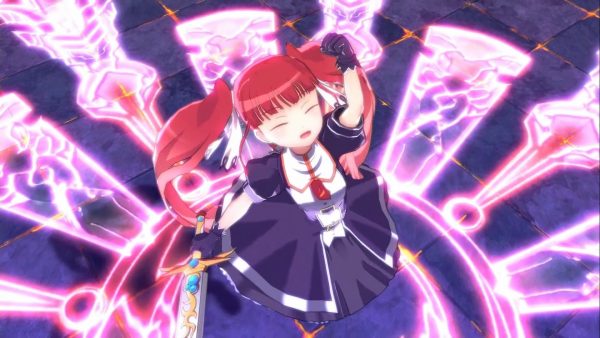 Combat in Croixleur Sigma is fast paced, as the game’s marketing materials and website often remind. Each floor of the gigantic tower is filled with waves of baddies that want nothing more than to stop your ascent. To deal with these increasingly difficult monstrosities Lucrezia & Co have a wide arrangement of handheld weapons and special attacks to thwart their foes. The now ubiquitous Heavy and Light attacks will get most button mashers through the early stages of the campaign but where Croixleur really shines is its weapon variation and special abilities. Every time you enter the tower your character is able to equip four separate special magical weapons – a broadsword, a sword made of flame, a mace etc. Each weapon has the same basic and heavy attacks, and about the same range, but weapon has its own unique special attack which is only available after building up successive chains of attacks. Special attacks can turn the tide of a given stage – whether that’s unleashing a large spin attack (think Link from The Legend of Zelda) or slamming down from the air with a great sword unleashing a wave of shock energy – these special attacks will almost certainly obliterate anything around you.

Outside of the main story campaign Croixleur Sigma offers 2 additional characters to unlock outside of Lucrezia and Francesca – each of the 4 girls have their strengths and weaknesses, encouraging experienced players to try repeat throughways. Extra modes available upon booting up the game include a High Score challenge that pits a fighter of your choice against waves of baddies with a three minute time limit, Survival Mode which is basically an endless gauntlet of encounters until your chosen heroine has run out of health and a training mode to help new players hone their skills before taking on some of the tougher extras. Exclusive to the console release, aside from the 2 extra characters added since the 2014 PC Release, as an epilogue story that continues Lucrezia and Francesca’s rivalry and fills in the gaps in the story after their adventure in the tower.

It’d be a missed opportunity to not mention the character customization that is possible thanks to the Equipment System. During battle enemies will drop silver and gold coins, which are persistent between sessions and even game modes. Earn enough of both coins and you can dress your favourite magical girl with a set of cat ears, a devil tail, an angel halo, multiple types of sunglasses and that’s just the start. In total there are 38 different accessories to collection, and while yes a lot of them fall into multiple anime stereotypes, I found them to be both adorable and a reason to go for just one more run.  Fashion isn’t the only reason to customize your character, each peace of equipment purchased has a special property to aid you in battle – whether that’s a wide radius vacuum effect to suck up gold/silver coins, invincibility frames, the ability to revive once if killed or faster attack speed – they all help accomplish the goal of keeping combat flowing smoothly. 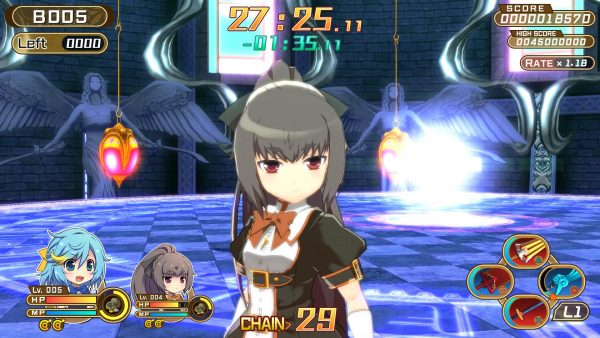 Whether Croixleur Sigma is worth your time on Nintendo Switch will probably come down to a few factors: Clearly this game is aimed at players who are alright with repeating content over and over. Unlocking all 20 weapons, 4 characters, getting a high score in the challenge mode and unlocking all 40 achievements is a tall order but Croixleur isn’t going to suddenly thrpw brand new mechanics, twists and turns within its established game-play formula or god-like boss monsters at you as you progress. Having every weapon unlocked will allow you to change up strategies when it comes to special move utilization but it’s not going fundamentally change how the game is played: at the end of the day its all about racking up huge combos. Secondly, I feel like the decision whether or not to play Croixleur Sigma is going to comedown with whether or not you’ve played it on another console or PC. Local Co-Op is supported on all platforms but this game hasn’t really had accessible local Co-Op aside from wireless play on the Vita and the Joy-Cons by their nature make co-op beat’em up sessions as easy as sliding them off the system and popping up the kickstand.

Croixleur Sigma’s publisher provided a review copy to us.