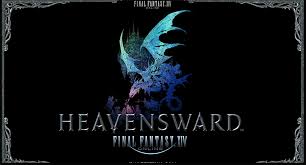 Square Enix has announced that pre-orders for the Heavansward expansion for Final Fantasy XIV are now available in North America. The first expansion for the A Realm Reborn is due out through digital retailers and brick & mortar stores on June 23rd 2015. With the release of Heavensward OSX owners will finally be able to join other adventurers in Eorzea.

Heavansward explores the thousand year old conflict between the Ishguardians and the Dravian Dragons during the Dragonsong War. This expansion brings everything you would expect from a major MMO – new races, three new jobs,  new dungeons, new primal fights and probably my favourite addition of all – FLYING MOUNTS!

Final Fantasy XIV: Heavensward will be available on Windows PC, Mac OSX, PlayStation 4 and PlayStation 3.The standard edition will cost $59.99 USD with the collector’s edition setting you back $129.99!

Square Enix also provided us with the following descriptions of both editions:

Additionally, players who pre-order Heavensward will receive exclusive bonuses including: