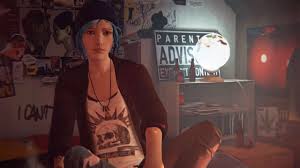 The second episode of Dontnod’s excellent indie themed time traveling episodic adventure Life Is Strange: Episode 2 “Out of Time” will be released on Steam, Xbox Marketplace and the PlayStation Store next Tuesday March 24th.

Alongside a brand new batch of Episode 2 screenshots Square Enix also released a brief gameplay clip from Out of Time over the weekend. We’ve also included the previous developer diary ‘Creating Academy Bay’ which focuses on the game’s absolutely fantastic soundtrack.

I purchased Episode 1 Chrysalis  when it was released this past January and absolutely loved it. We’ll be posting some impressions of Life Is Strange Episode 2 next Wednesday morning!

Each episode is priced approximately around $5 CDN per episode and a season’s pass for PS4 is available for $16.99 CDN as of press time.