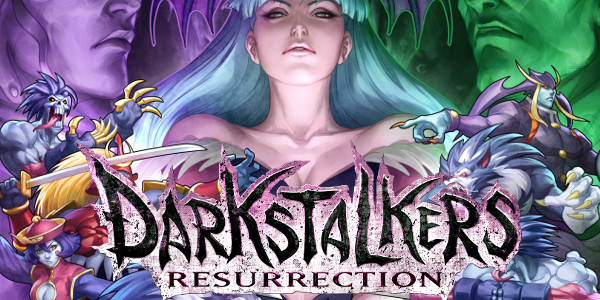 Capcom has confirmed that Darkstalkers Resurrection is now available to download in North America on PlayStation Network (PSN) for $14.99. The game will be released in Europe on PSN on March 13th (€14.99 / £11.99) and across all territories on Xbox LIVE Arcade for 1200 Microsoft Points.

Building upon the online system previously introduced in Street Fighter III: Third Strike Online Edition and Marvel vs. Capcom Origins, the online gameplay in Darkstalkers Resurrections now includes upgraded matchmaking with additional options such as region matching, ping lock and ping display. The Tutorial Mode contains trials to help players deepen their knowledge of the characters and their specific strategies.

Take a look at our gallery at the Darkain Arts Gamers Tumblr page.