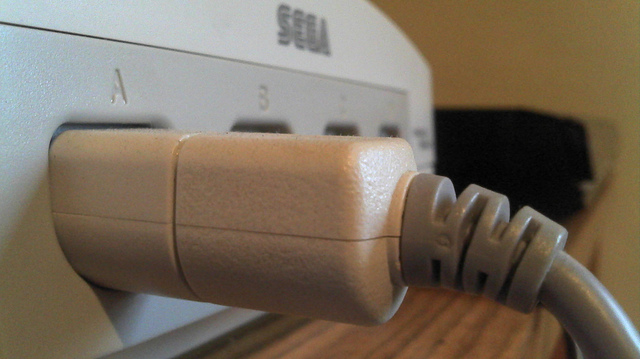 It is that time of year once again where we look back at SEGA’s last home console – the Dreamcast. Powered by a then beefy 200 MHZ Hitachi processor and boasting 16MB of RAM, the specs on the DC might seem absolutely laughable by today’s standards but SEGA’s first party developers transported us to fantastical worlds with just as much computing power as you might find on a 2007 smartphone.

Considering that this anniversary is the console’s 18th birthday, several video game outlets, former executives (like former SEGA of America VP Peter Moore) and developers marked the occasion with a tweet or two.

Peter Moore celebrated with a well-framed image of a launch DC unity complete with commemorative plaque and bottle of Sake.

It was 18 years ago today we launched the Sega Dreamcast in the US, blazing the trail for online gaming as we know it today. Gone too soon.. pic.twitter.com/vwa7SFuMzN

Sonic The Hedgehog’s official twitter account reminded us that the VMUs were more than just memory cards – they had their own little games that could keep us entertained for hours.

Here’s to one of the world’s best consoles. Happy 18th Anniversary, Dreamcast! pic.twitter.com/Bq5jKKpqEP

What was your favorite @SEGA #Dreamcast game? pic.twitter.com/71rVve4pbv

Remember that awesome black SEGA Sports limited edition Dreamcast? I wanted one so bad in 2000 and not because of the SEGA Sports branding. I looked forward to removing the SEGA Sports sticker and seating the sweet rare black Dreamcast next to my N64. Sadly, didn’t happen – I got a launch gray model that Christmas.

Lastly let us not forget that Dreamcast ushered in the age of online gaming with the PlanetWEB browser and SEGA Net supported games. Phantasy Star Online got he hooked into MMORPGs and tied up my parent’s phone line for months. Thanks to Joypad for reminding us that you can still load the Google homepage on it!

18 years old and it’s still going strong! #Dreamcast is one of our favourite consoles! pic.twitter.com/c0A3PW21BJ