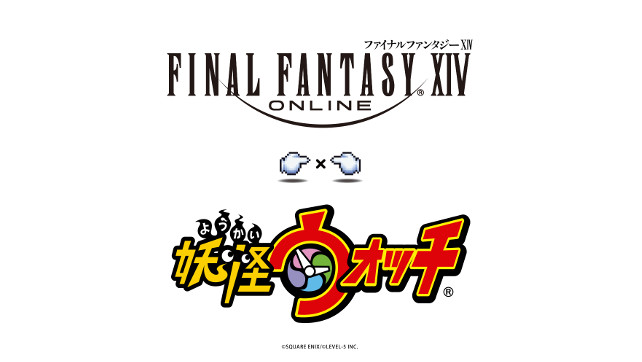 In an interesting move and a further reach of the Yo-Kai Watch brand, Square Enix has teamed up with Level-5 and have announced a new collaboration. Yo-Kai Watch characters are coming to Final Fantasy XIV. The time limited event will launch this summer and feature a total of 13 different Yo-kai from Yo-Kai Watch, including Jibanyan and Whisper. Players will be able to earn special quest rewards, such as original Yo-kai themed weapons, mounts, and minions.

As part of the collaborative effort with Final Fantasy XIV, Chocobo and Moogle will also appear as “Chocobonyan” and “Mooglenyan” in Yo-Kai Watch 3: Sushi and Yo-Kai Watch 3: Tempura which will launch in Japan for the Nintendo 3DS.

Further details of the collaboration event will be announced in the coming months.