AMD’s next round of graphics cards, presumably to be released under the Radeon 400 series moniker, will be powered by the company’s next generation architecture codenamed “Polaris”. Currently AMD’s graphics cards, as well as the graphics processors used in the Xbox One and PlayStation 4, are powered by the GCN framework (graphics card next) originally introduced in 2011 with the Trinity APU line and Radeon 7000 series.

This latest leak regarding the Polaris architecture comes from well-known graphics card insider @GFXChipTweeter who tweets a lot of information about graphics card advancement and in particular AMD related technologies. Raja Koduri posted an image the described Polaris as: 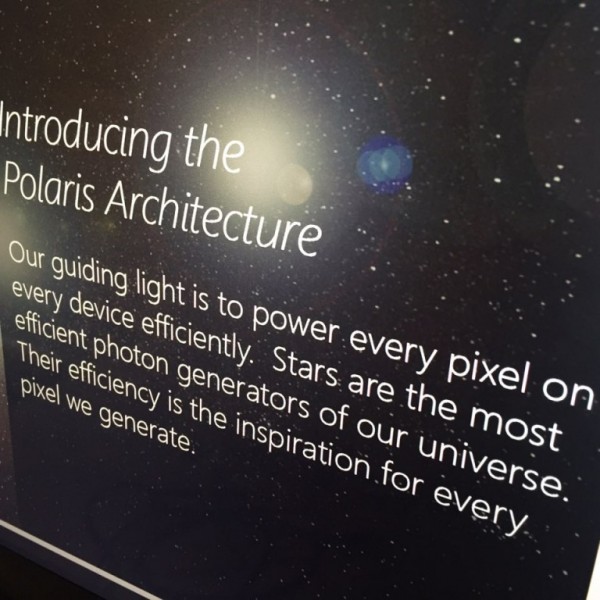 This isn’t the first major leak in AMD’s recent history or even in the past fifteen years. While the company has been very forthcoming about the ZEN architecture that will eventually replace the AMD FX line of desktop chips a leak of a supposed roadmap that leads into 2020 calls for a new high performance class of the company’s APU processors and a release of new graphics card technologies every two year. Let’s not forget that the major Doom 3 leak from 12 years ago was eventually traced back to the precursor of AMD’s Graphics division, ATI technologies.