Just cause 3 has no shortage of easter eggs, so will come as no suprise to many people that a popular internet meme from the last year also slipped in. Some people may remember “the dress” which made the rounds on the internet causing many people to question their perception of color with its simple question, is it white and Gold?  or black and blue?

Originating on steam from a user called Ricochet227  it seems that the developers of Just Cause too felt the needs to weigh in on the fight between yellow and black in their own way. Steam user Ricochet227 posted pictures of the two women, saying he found them on a rooftop in a settlement called Citate Di Rivello. One woman is wearing a black-and-blue dress, while the other is wearing one that looks more white and gold. 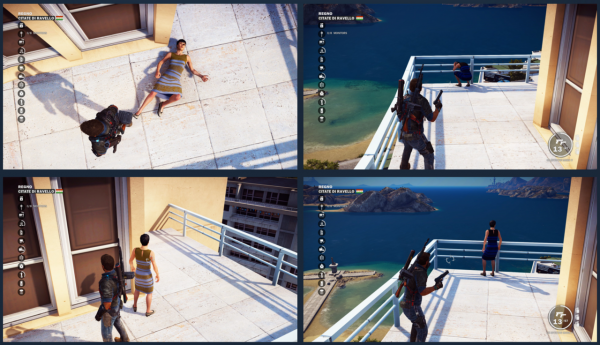 Gold and White? Black and Blue?

Steam user AliceTheGorgon posted an image, saying the dressses are “actually different colors in-game.” Sparking a new the ages old debate of weather or not this dress was Black with blue accents, or Gold with white. Personally I just love that the developers of JC3 have enouhg of a sense of humor to include things like this in their game. Though i haven’t had a chance to play JC3 yet, I hope to soon, and our review will be out this week, so stay tuned!