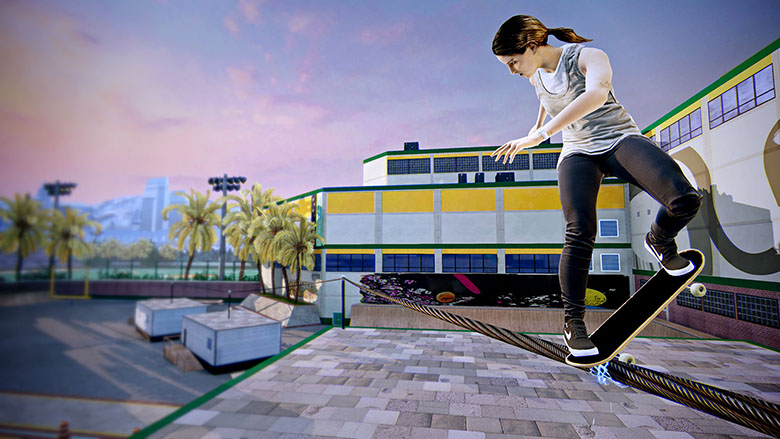 We haven’t checked in with Tony Hawk and crew for a few weeks so let’s grind on thru the latest updates for the upcoming Tony Hawk’s Pro Skater 5.

First up is a brand new behind the scenes video documentary featuring the birdman himself. This new video features several real world skaters from different eras of skating and lets you get to know them a little bit more. If names like Riley Hawk, Ishod Wair, Chris Cole and Lizzie Amanto don’t ring a bell – don’t worry there is tons of time to catch up.

Next up is reveal of the game’s soundtrack featuring a very distinct rock and pop punk mix. You’ll be rocking out to bands like Anti-Flag, Doomtree and Icon for Hire while you grind down rails and practice catching some sweet air. As a fan of the pop-punk genre myself I am looking forward to the inclusion of a few of these bands.

Why not have a look at the full set-list below:

Tony Hawk’s Pro Skater 5 returns to the series’ arcade roots featuring a renewed focus on objectives, classic control methods like reverts and manuals and of course chasing that ever elusive high score. The current gen version’s online lobby system on PS4 and Xbox One also looks like a really neat addition.

THPS5  will be out on September 28th in North America for Xbox One and PlayStation 4 and will be out for last-gen Xbox 360 and PS3 on November 10th.