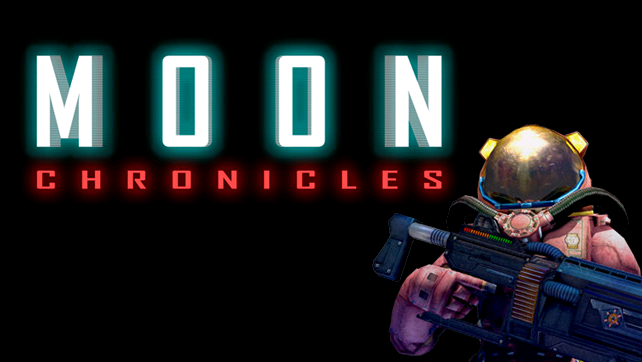 Join Major Kane on a mysterious mission to Earth’s moon to investigate a unique hatch of unknown origin. With each new episode you are brought one step closer to understanding the secrets that lie beneath the surface of the moon. EPISODE 1: ONE SMALL STEP – Major Kane’s investigation quickly spirals into a desperate search for lost team members and the discovery of troubling evidence. BONUS MISSION: TSUKIGAMI’S VR TRAINING – Created by Captain Tsukigami to emulate the behaviors of alien hostiles; this mission helps you perfect your skills, while providing some intense first-person shooter action. Episodes 2, 3, 4 available at future dates as new Downloadable Content.

This is a fun, full-scale baseball game that anyone can easily enjoy, with a 3D display that makes it easy to control. Enjoy 3 different game modes including Tournament, Exhibition and Custom. Tournament play consists of 7 teams. Defeat your opponents and aim for the championship. In Exhibition, you can select any team and play a quick game. You can also enjoy Network Matched via Download or Local Play. In Custom Mode you can customize your players in many ways including their names and even their appearance. There are 5 different ability types including defensive and offensive-oriented types, so you can configure your team exactly how you want. You can also attach pictures from the internal camera to a player so you can model them after yourself and have them compete. Enjoy baseball anywhere, and at anytime on the 3DS!

Line up the sweets, set off tasty effects and beat the high scores! Play quick matches with various difficulty levels, and match 3,4,5 or even 6 sweets to uncover many colorful special bonuses! A great videogame classic, finally available for Nintendo 3DS.

It’s Mega May! Every Thursday in May, a different Mega Man game will launch in the Virtual Console section of the Nintendo eShop on Nintendo 3DS. This week’s release is Mega Man IV, which originally launched on the Game Boy system in 1993. Join Mega Man and his friends on another mission to put a stop to Dr. Wily. This time, the mad scientist has used a mind-control machine to reprogram robots from the World Robot Exposition to do his bidding. Blast your way to victory with classic Mega Man game play.

For a limited time, Big John Games is discounting select games in the Nintendo eShop on Nintendo 3DS, including Smash Bowling 3D and Big Bass Arcade No Limit. This offer ends at 9 a.m. PT on June 5.

For two weeks, Code of Princess, Shin Megami Tensei: Devil Survivor Overclocked and more will be at their lowest prices yet! Starting at 9 a.m. PT on May 19 through 9 a.m. PT on June 2, get these cool ATLUS games for $14.99 each in the Nintendo eShop on Nintendo 3DS.

Invite your friends over… it’s time to party! Your living room becomes a party playground as you enjoy time together in comically themed board games and minigames that get everyone off the couch. Every kind of party can be found in this one unique package that takes advantage of your TV, Wii Remote controllers and the Wii U GamePad controller. Also available at retail, Wii Party U will now be available in the Nintendo eShop on Wii U starting May 16.

Take control of Buddy, a rail-riding, laser-shooting young hero on a perilous quest to rescue his pet cat, Scram Kitty! With a unique control system that allows for full 360 degree platforming action and thrilling 2D shooting, Scram Kitty and his Buddy on Rails will see you glide along glowing rails, leap across chasms and create arcing streams of shots as you rid each stage of its rodent aggressors and rescue all the cats imprisoned within. With frenetic gameplay viewed from above and a striking blend of 2D and 3D graphics, Scram Kitty and his Buddy on Rails is a shoot-em-up platform game with a character all of its own.

Color Zen is a new kind of puzzle game. One that invites you to put on your headphones, relax, and find your way through an abstract world of colors and shapes. With simple, intuitive controls, the game invites you to relax and immerse yourself. There are no points or penalties for failure; just an abstract world of color to move through at your own pace. So put on your headphones and find your way, with Color Zen.

After the love of his life, Lala, is kidnapped by the devilish King Egger and taken to his haunted castle, our hero Lolo sets out to rescue her. The journey is perilous, as the Great Devil’s fortress is guarded by a massive army. But Lolo has a few tricks up his sleeve! He can move blocks to trap enemies, clear a path, or use as a shield. He can also activate the Magic Shot that will turn enemies into eggs. But watch out as a single touch from these creatures could spell trouble for our hero! Combining clever environmental puzzles with tricky enemies and an engaging style, Adventures of Lolo is a true classic!

Aboard a submarine, explore the deep-sea and discover unbelievable creatures that you will be able to bring back with you. As you go into the depths, don’t be surprised if you run into Giant Squids or others Oarfish that lives into the warm water of the deep-sea. Manage the layout of your fish tank not only for aesthetic but also to create good conditions for the species you possess. Adjusting the pressure and current levels as well as feeding the species will be part of their well-being.

After some time, on your own you will be able to discern what kind of fish tank can support such species, species that can’t cohabit together and much more in order to breed your species. Then your fishes will live longer and even be able to reproduce!