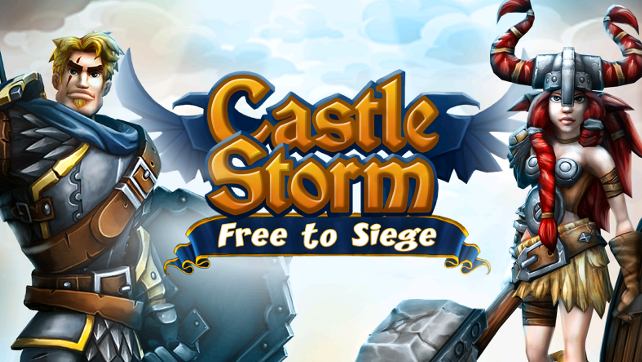 CastleStorm – Free to Siege is a free-to-play game which doesn’t shove micro-transactions in your face but doesn’t shy away from them either. The game is simple and fun to play.

You start off the game playing the Kingdom Quest campaign, where after years of peace the calm is threatened when the vikings start mysteriously attacking again. Luckily you play the hero who will work to defend the castle with a trusty bastilla, guide the troops into hand to hand combat against the vikings, as well as take to the battlefield yourself to get into the thick of things.

The game mashes up the genres of tower defense, action strategy and beat’em up with all three being used at once on occasion.

The game has some nicely animated cut scenes, which aren’t done in either traditional or cg animation, but rather with use of the in game characters. This is a style that I have always liked and suits the game well as the characters you see in between levels is spot-on with those you see in the levels. The game also features an original soundtrack by Waterflame, which is very well done and suits the game.

The levels are all done in 2D side scroller fashion, and in the levels you will have to protect your flag and your castle. If the enemy units should manage to break down your front gate, steal your flag and return it to their castle or base, you will lose the level. The way to victory in the levels vary, but are usually either to destroy the opponent castle or defeat all of the enemies.

Each level that you complete you can earn up to three stars by completing various tasks. There is the one obligatory star for satisfying the goal to complete the level, but the other two stars are for other tasks. These include things like beating the level in a certain time, having a certain number of head shots, keeping your hero’s health above a certain threshold among others. These stars unlock more weapons and goodies to use in the game.

Each day when you play the game you are greeted with a daily reward multiple choice, which lets you choose from one of nine hidden boxes. You could claim gems, cash, upgrades or discounts from premium items, which you can also gift to a friend. If you aren’t planning on making any premium purchases the discounts feel more like losing the game.

Premium purchases aren’t required like in a lot of games, but the makers of the game don’t let you forget about them. At least once during the game, in between levels, you are prompted to purchase a VIP package, which gives you $25,000 cash, 100 gems and the removal of ads. Becoming a VIP also gives you another 2,500 cash and 10 gems a week, plus double experience. If you’re planning on playing the game for the long haul his seems like a pretty good deal. Especially since gems are something that you will need eventually if you want to get full use out of the game.

Of the four campaigns included in the game, three of them have to be unlocked via gems, which is a shame. You get 50 battles with the Kingdom Quest, but the other 100 levels aren’t accessible unless you spend some gems.

Speaking of gems, I accidentally wasted more than twenty in a level without realizing what I had done. In the level you can summon your warrior to the battlefield as well as cast magic. It isn’t clear which uses gems and I wasted quite a few, which is unfortunate. A quick pause to the game and a popup asking me “are you sure you want to spend the gems” would have been appreciated.

Another premium purchase (micro-transaction) which can be purchased removes ads from the game. Most ads in games are rather innocuous, though when the game starts up (and occasionally between levels) you are interrupted with a full blown video ad. Now I don’t really mind seeing these ads in free video-streaming apps (think Crackle or Crunchyroll) but this ad feels a little bit out of place here.

Overall CastleStorm – Free to Siege game has a nice look and feel. The game is simple to play, challenging at times and a lot of fun to play. Even if the premium purchases are a bit of a pain, and the ads sometimes intrusive, the game is definitely worth a look. 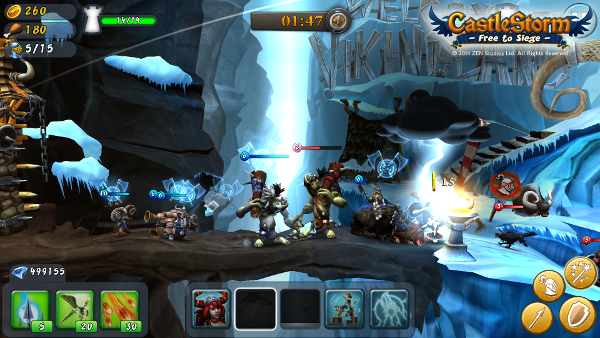 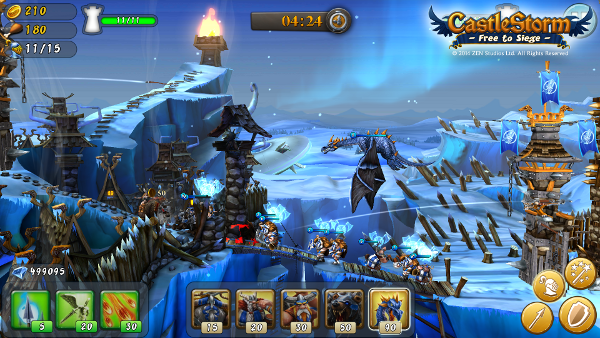 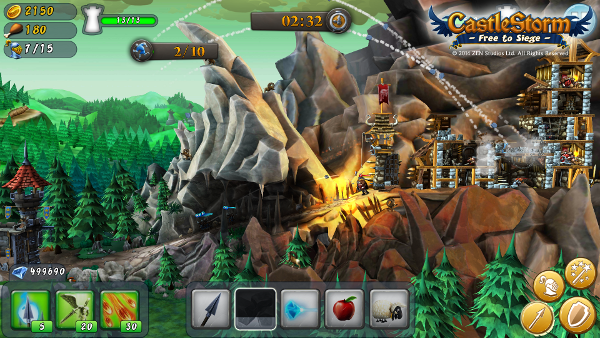 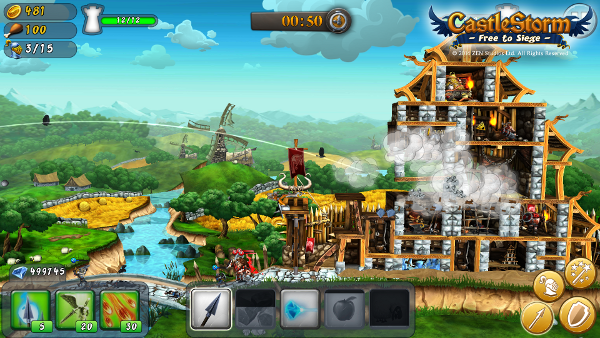 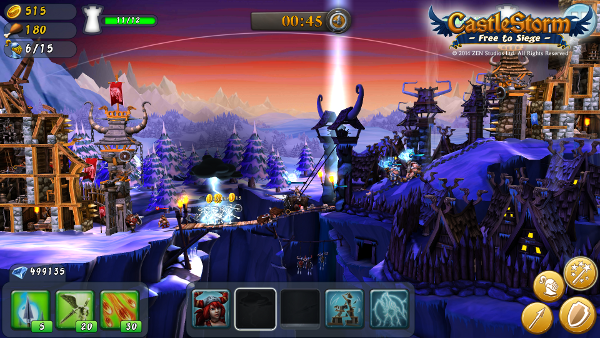 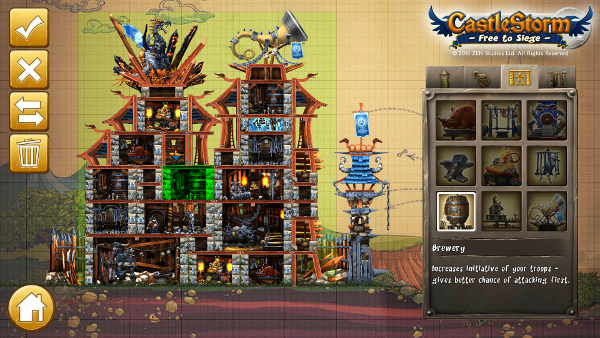