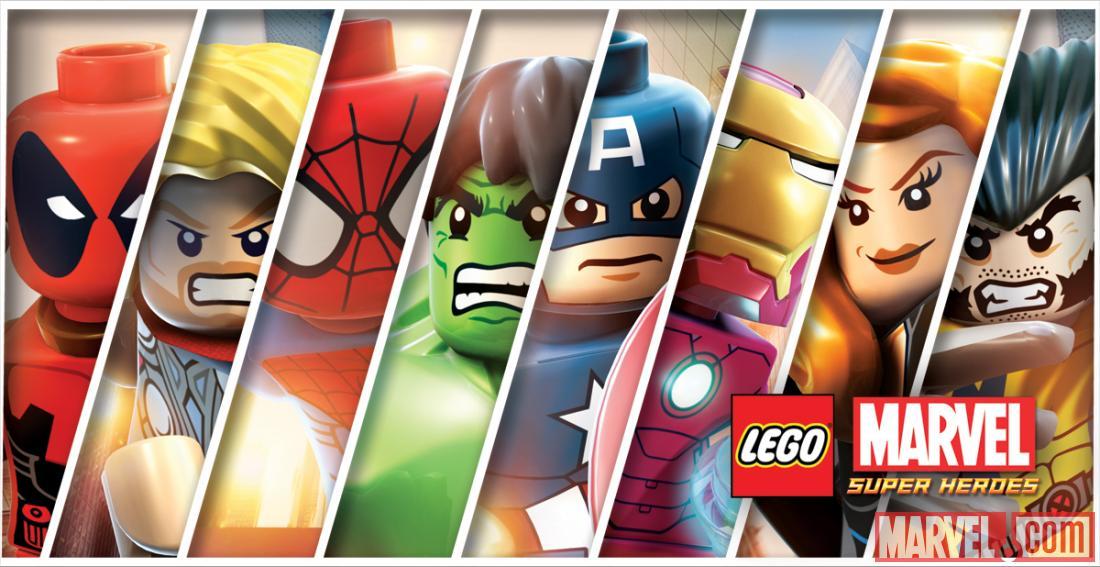 A collection of Marvel Super Heroes from a number of franchises, including the X-Men, the Avengers, Fantastic Four & more swing into action with the launch of Lego Marvel Super Heroes on Xbox 360, PS3, PC, 3DS and other platforms. Developed by long time LEGO videogame series veterans, Traveler’s Tales, this latest game pits the like of Thor, Iron Man, and Spider-Man against villains like Doctor Doom, Mystique, Locki and the Red Skull. All told over 100 members of Marvel’s finest are playable in this latest title.

I think the game is quite adorable, surprisingly the Heli-carrier and New York City skyline look rather detailed, shying away a bit from the LEGO franchise’s established cartoon nature, but don’t worry because the scenery still seems to be full of hundreds of bolts ready for collection! Like most modern LEGO titles, Traveler’s Tales has incorporated voice acting into their games, which was established with last year’s LEGO City Undercover while maintaining that unique whimsical charm they seem to bring to all of their games.

Check out a launch trailer after the jump. Next-Gen versions are also expected out on November 15th on PlayStation 4 and November 22nd for the Xbox One.