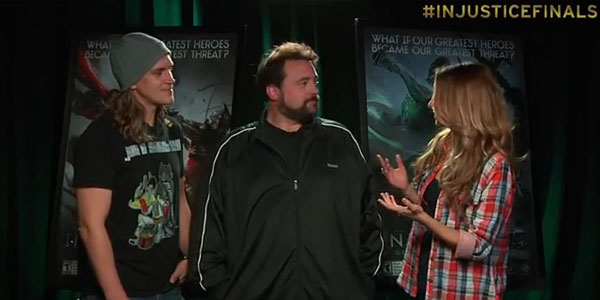 Leading up to the release of Injustice: Gods Among Us, there has had a fantastic tournament running featuring fan votes deciding the battles. Not only that but celebrities have been in on the action as well! Definitely take a look through the games official youtube channel for all the action. We’re focusing on this tournaments final battle between Superman and Batman, as well as Kevin Smith and Jason Mewes. It’s a little NSFW but then again Injustice is rated T for Teen after all. There is a more direct video on the site if you want to skip all the fun, but this really is a great feature that celebrates the release of the game. Read on for the video.