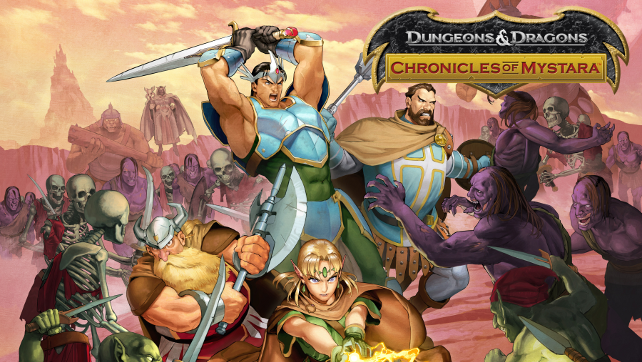 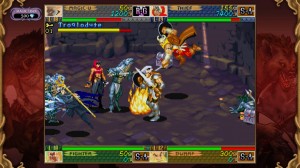 The titles will be released digitally on PlayStation 3, Xbox LIVE Arcade for Xbox 360, Wii U and Windows PC in June. The title is being developed for Capcom by Iron Galaxy and will be priced at $14.99/1200 MSP in North America.

Just as in the arcades, up to four players will select their character class before doing battle against the mythical beasts from the Dungeons & Dragons’ universe with a mix of melee, range and magic attacks. But now, thanks to GGPO, there’s no need to jostle for position around a cabinet as Dungeons & Dragons: Chronicles of Mystara offers seamless drop-in/drop-out online gameplay in one of two modes. In addition to the classic arcade mode with its branching paths and multiple endings, players can utilize the all new House Rules feature and customize gameplay for a completely different experience. 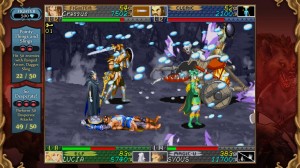 The new extras don’t stop there. The Character Visualizer lets players track which characters they and their friends use most often and can help create a more balanced multiplayer dungeon party, or point out which characters are most under-used; with further gameplay stats tracked via a global leaderboard. Dungeons & Dragons: Chronicles of Mystara also includes a Challenge system that sets players in-game goals in return for level-ups and coins which can be spent in the Vault: a treasure trove of unlockables and gameplay loot. Finally, owners of the Wii U version will be able to use the GamePad touch screen to select spells and items with ease, allowing for a more streamlined gameplay experience.

Check out the full gallery at the Darkain Arts Gamers’ Tumblr page.