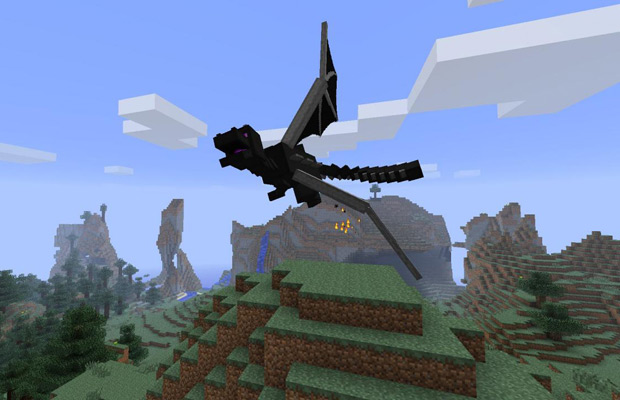 A few days ago we brought you news that Minecraft will be headed to retail in the form of a disc (Yay!). Today Mojang & Microsoft have released a new trailer detailing what will be in “Title Update 9.” Unfortunately they still haven’t given a firm release date on when it will hit our Xbox 360 consoles, but we expect it will be before or on the same day that Minecraft hits retail stores (April 30th).

So the Ender Portal will actually take you somewhere…which we all know where – to see the wonderful wizard of Oz. Having never played the PC version of Minecraft I have never actually fought the Dragon I’m extremely excited to jump back into the game when this releases. The only thing I hate is having to start a whole new game just to apply the updates….especially after I’ve built a railroad around all four corners of the map and my wizard tower in the middle of the map…

Really wish they would address this issue..

But, when TU9 releases, we’ll be here to let you all know! Who’s excited?