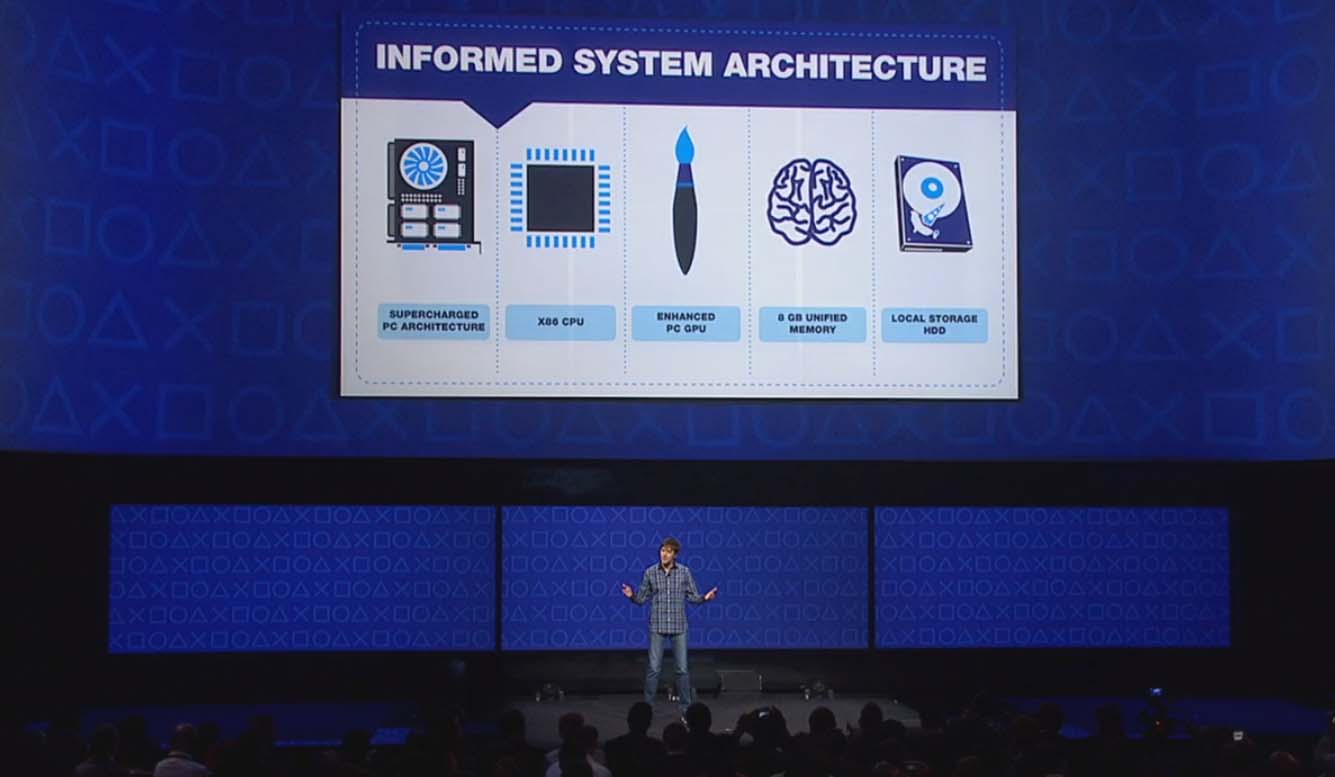 Sony confirmed the PS4 at their “see the future” press event today in New York city. Taking the stage, the system’s architect outlined the development process behind the console, as well as several key features of the system and our first look at the user interface.

As previously rumored the system is based off an existing AMD APU – said to be clocked at 1.6GHZ, which has been confirmed to contain 8 cores. The GPU is very powerful according to Sony and the PlayStation 4 features 8GB of unified memory, giving developers approximately 16x the ram available in current generation consoles.

There isn’t just new hardware under the hood, Sony’s dual shock controller also has some major changes in store. The addition of a share button allows players to share screenshots, video and upload them onto the web without complicated software. The controller also features a light bar, similar to the move controller, which when used in conjunction with a new camera accessory gives the system the ability to detect the controllers position in 3D space.

Development of the PS4 began in 2008 and features a whole series of new features. We will have more soon, as it is announced.