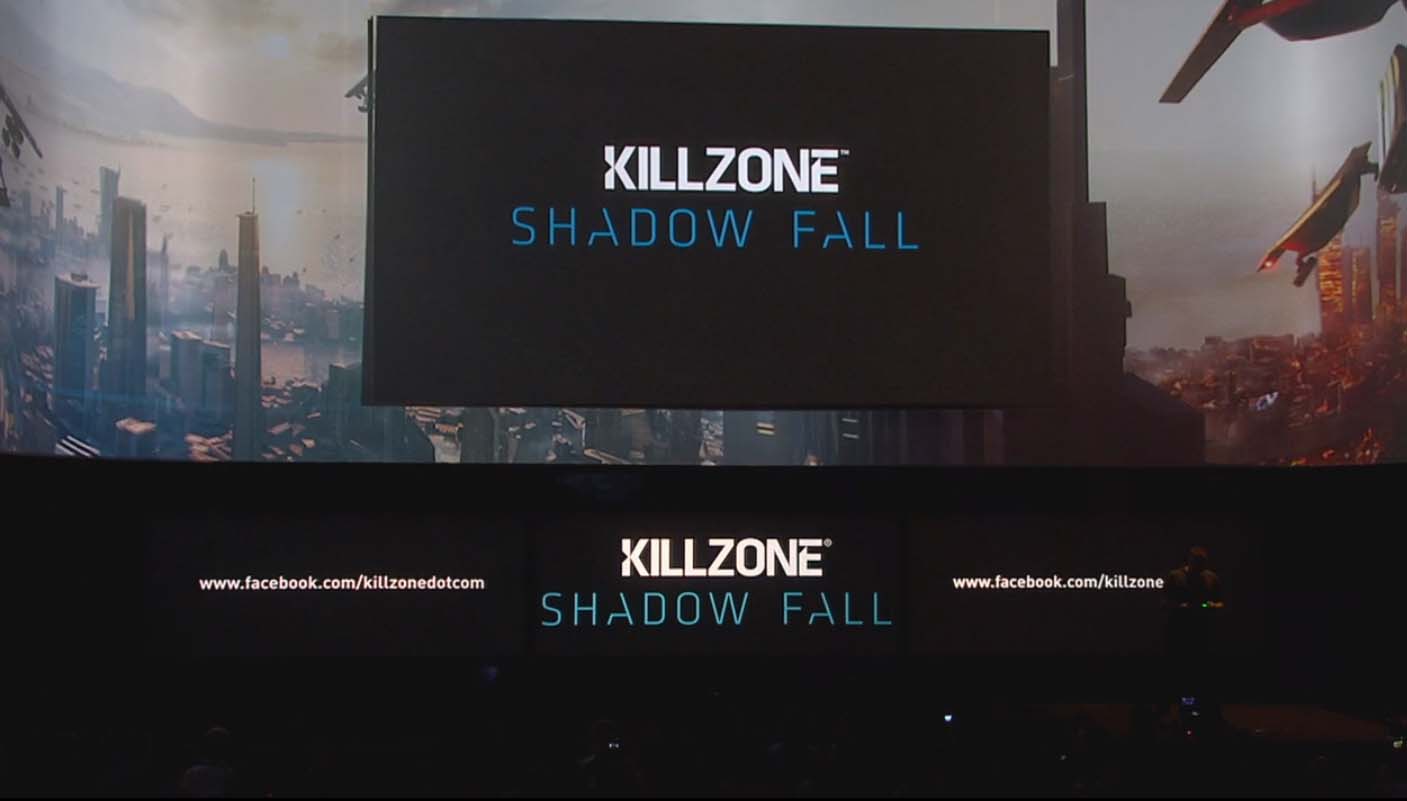 Sony Computer Entertainment returns to the sci-fi world of Killzone with the announcement of Killzone: Shadowfall for the PlayStation 4. Remember how the PS3 was unveiled 7 years ago with a spectacular demo of Killzone 2? Well Shadowfall is set to blow us all away.

During the demo our protagonist is on board of a drop-shop that circles a very large complex, possibly a sky scraper. As the ship lands the protagonist makes his way through a high security checkpoint. The installation is secure and citizens walk around, complete with high detail and life like animations. Unfortunately the safety is not to be as the Helghast attack the structure.

Our description of the demo continues after the jump, including a copy of the demo embedded via YouTube.The assault on the skyscraper begins with a bomb going off that sends the protagonist to the ground. After a few seconds he gets back up and is attacked by a cloaked Helghast soldier, while friendly NPCs are dying the player slits the attacking Helgast’s throat and takes his assault rifle.

As he climbs the tower he vaults over debris and ambushes enemies, finishing them off with a knife kill and then throwing the knife, killing a second enemy soldier.

The demo closes with the protagonist climbing to the top of the tower, jumping off to grab a rope at the end of a Helgast drop-ship. What follows is a thirty second thrill ride through an ISA city, as he takes out the Helgast crew aboard the drop-ship.

As he jumps off the ship he is surrounded by several Helgast carriers as the screen fades to black.

No word yet on a release date for Killzone: Shadowfall