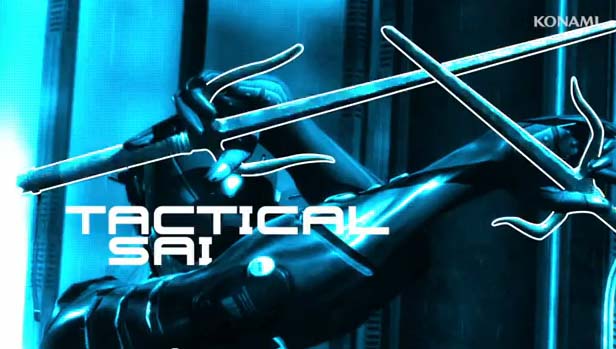 Do you want an early look at some of the badass weapons that can be unlocked in Metal Gear Rising Revenageance? Of course you do! Konami’s latest trailer gives up the goods.

The bosses in the Metal Gear franchise have always had access to insane weaponry. Whether it is Sniper Wolf’s rifle or Vulcan Raven’s gatling gun or Crying Wolf’s railgun, there have always been some awesome weapons of mass destruction at our disposal.

We already knew about the devastating polearm, as we unlocked it at the end of our one hour demo of Metal Gear Rising Revengeance, last month. But did you know about the Pincer Blades or Tactical Sais? Each of these weapons can be upgraded and expanded upon using an in-game currency, as we already have detailed.

Check out the new trailer after the jump and don’t forget to subscribe to our YouTube Channel where will be adding new trailers regularly.[youtube id=”mJVvJWbmQGY” width=”600″ height=”350″]