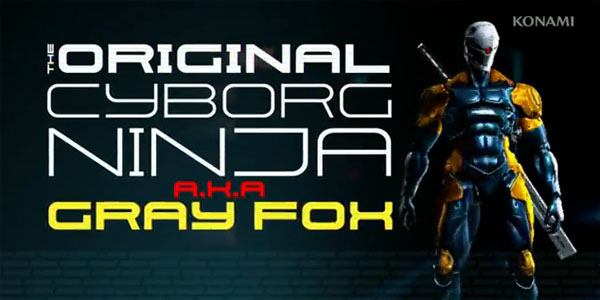 It was announced recently that Gray Fox was considered for the lead role in Metal Gear Rising: Revengeance. Gamers who pre-order at GameStop however will be getting the Cyborg Ninja as a playable bonus character!

There aren’t any details on how Gray Fox replaces Raiden in this bonus. We don’t know if this alters the story, voice acting or such at all. But it’s definitely a surprise to see this addition! No word on if this will become a regular DLC purchase later. For now it’s a GameStop exclusive. Available February 19th for Playstation 3 and Xbox 360.