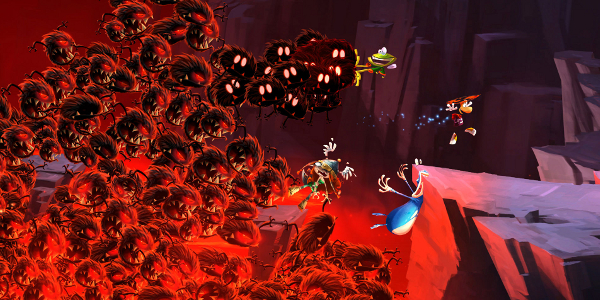 Can the Wii U catch a break? After yesterday’s news of Ninja Gaiden 3: Razor’s Edge going multi-platform, Ubisoft decided to one-up Tecmo-Koei by not only making the once Wii U exclusive available on PS3 and 360, but delaying the Wii U version as well to September to coincide with the new multi-platform release. 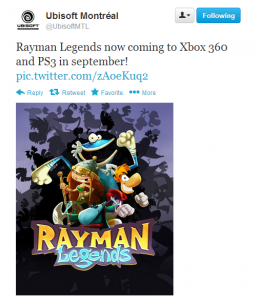 The Microsoft Xbox 360® and Sony PlayStation® 3 versions of Rayman Legends are being developed by Ubisoft Montpellier, the same team behind the Nintendo Wii UTM game. Rayman Legends has been praised for its stunning visuals and innovative gameplay by media around the world and labeled as one of the most anticipated platformers of 2013.

“We heard from many Xbox & Playstation owners and Rayman fans who told us they really wanted to play Rayman Legends on their current system”, says Geoffroy Sardin, EMEA Chief Marketing & Sales Officer. “We decided to give the fans what they wanted while at the same time broadening the audience exposed to this innovative and memorable game.”

Rayman Legends retains the fantasy appeal of its predecessor while adding a multitude of clever and entertaining gaming modes, new characters, new environments and a new soundtrack. The award-winning team of artists, designers and composers from Origins has also returned with an advanced UbiArt engine to include multi-dimension gameplay elements, an improved lighting system and updated game rendering that elevate Rayman’s graphics to the next level.