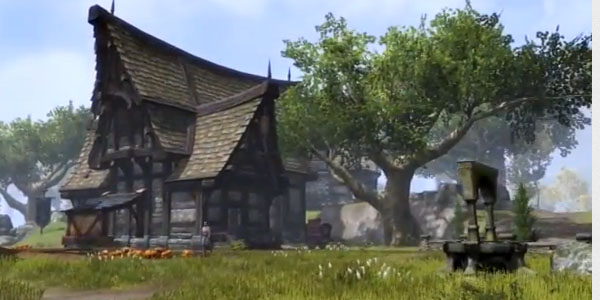 Many fans were concerned when the first images of The Elder Scrolls Online were released. It looked and sort of felt more like Warcraft than The Elder Scrolls. I havn’t kept up much on the project since then and the gameplay video recently released really stands out as looking much more like the art style we’ve come to expect from the series.

It really is surprising considering at times it feels more like you’re watching Skyrim third person action rather than the MMO fans were unsure about. This is really something to check out and there are quite a few details released in this developers diary video below. Just for the basics it looks like all of Tamriel is accessable however Cyrodiil (the area from Oblivion) is contested and the location of the games PVP combat.