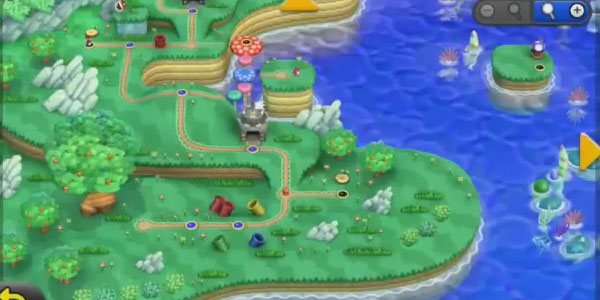 One of my biggest disappointments with the Super Mario Bros. series has been the drifting away from Mario 3 and Mario World overworld maps. I know, it’s all the same content but something just feels cooler about those expansive and wandering paths.

Now they’re back! This means I’ll definitely be moving in with my friends who buy a Wii U later this month and gather around it’s warming glow in late November. This news is a complete thrill to me. I loved the content of other Mario games, but disliked the straight line of levels. After all, many classic Nintendo games were about exploration and finding secrets.

I’m thrilled about this news. To see a pan over of the world map by Kotaku, check out the video below. Of course, you may want to skip it if you want to be surprised while exploring the overworld. The ending could be considered a spoiler.