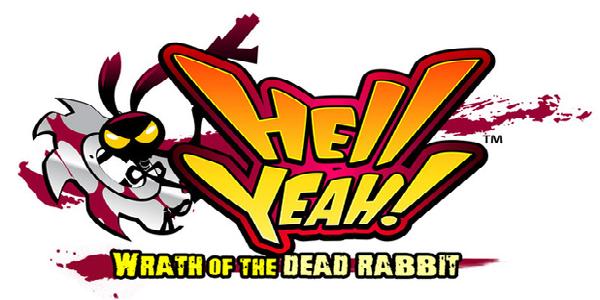 There are two new games headed to the Xbox Live Marketplace tomorrow. Check out what they are below!

You’re an angry rabbit with a thirst for vengeance, a super sawing jetpack driller and some seriously badass weapons. Explore, jump, shoot, loot, upgrade, drill and destroy Hell’s monsters. ALL OF THEM. Unleash the wrath of the dead rabbit in 10 huge levels packed with hidden areas, side quests and cursed souls to harvest.Charging through Hell on your jetpack driller, you’re on a quest to find out who had the balls to post your intimate photos all over the Hell-ternet. It’s payback time! While you’re at it, why not use this incredible journey to kill everybody else? There’s only one way to do this – FULL FRONTAL VIOLENCE sponsored by over-powered missiles, rockets and grenades! Inflict ultimate humiliation on the monsters of Hell using deadly “Finish him!” mini-games (includes the signature Dinosaur beheading). Grab as much loot as you can and spend it in big shops where you can buy bigger guns and awesome upgrades for your ride.

The heroes of Marvel are back on the fighting ground, ready to do battle with Capcom’s greatest legends, and with each other. In Marvel vs. Capcom: Origins, you get two classic 90s Marvel arcade games for the price of one! Both Marvel Super Heroes and Marvel vs. Capcom play like their original arcade versions – with fast-paced, over-the-top fighting action – but now feature upgraded HD visuals and customizable appearances, online play, replay-saving and spectator mode, and a dynamic challenge system that earns points for unlockable goodies. Fight like a hero, play like a legend!

Anyone planning on picking either of these up when they release tomorrow?