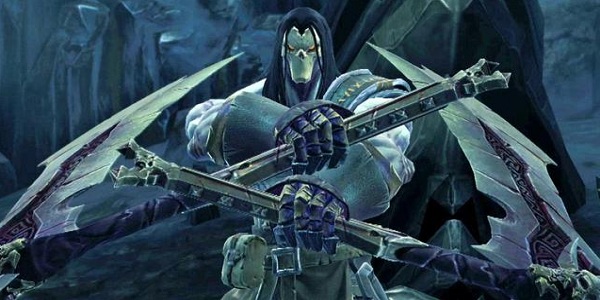 We’ve all heard of Darksiders II. The Epic RPG full of action, exploration and looting. No doubt you have been dealing wrath down upon your enemies since the game launched back in August. Perhaps you are running out of foe’s to cut down? Well fear no longer, as we have just been informed by THQ that the first major expansion pack, Argul’s Tomb, will be available to download beginning from next week on Xbox 360, PS3, and PC.

The Pack was included free for any buyer of the Limited Edition, and in case you didn’t know, a unique code will be inside your game case allowing you to redeem it. If you didn’t buy it from the beginning, then it will cost you a reasonable amount of money; $6.99 / €5.49 / £4.39 / AUD9.25. To the Xbox Live members out there, that is 560 Microsoft Points.

Included in the first Content Package, is two new icy dungeons to explore to your hearts content, search for legendary loot not seen before, and fight epic new bosses to test your well earned gear on. There will be no mercy.

So, prepare to jump back into the boots of Death himself on Tuesday, September 26th, as he will be waiting for you.