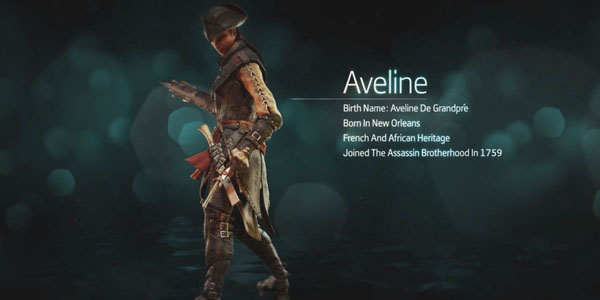 While Connor is busy with the Templars on consoles, the first female assassin, Aveline de Grandpré will be continuing the battle in 18th century New Orleans on Sony’s PS Vita. Liberation allows players to experience a full-featured Assassin’s Creed game on a handheld device. Ubisoft promises a true experience including combat, free-roaming navigation and a rich story full of intrigue and twists.

Aveline is fighting for freedom in a city on the brink of a rebellion as the Spanish Empire imposes its new rule. The video below shows a couple examples of the touch pad uses in the game that is set to be released this Halloween, October 31.