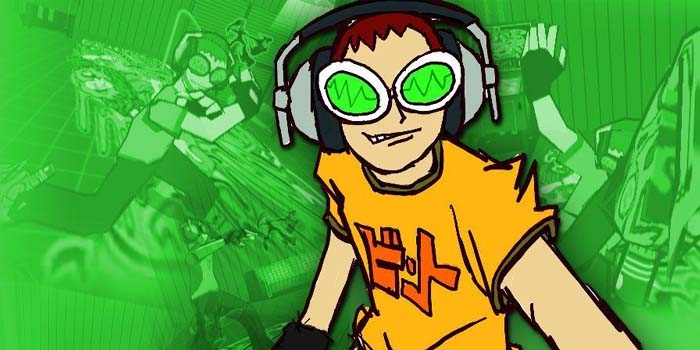 SEGA has revealed the final soundtrack for this summer’s re-release of the vibrant graffiti game, Jet Set Radio. The original was known not only for its colorful pallet and use of cell shading but also its use of upbeat J-POP and electronica.

Are you ready to grind rails and tag walls all while avoiding the cops? Not all of the music from the original has made it into the re-release but this new version of JSF does contain music from SEGA’s own Hideki Naganuma and Guitar Vader.

Also including such popular tracks as …
“Electric Tooth Brush” by Toronto
“Everybody Jump Around” by Richard Jacques
“OK House” by Idol Taxi
“Bout the City” by Reps
“Funky Radio” by B.B. Rights
“Mischievous Boy” by Castle Logical
“Yellow Bream” by F-Fields
“Just Got Wicked” by Cold
“Dragula” by Rob Zombie
“Slow” by Professional Murder Music
“Improvise” by Jurassic 5
“Patrol Knob” by Mixmaster Mike
“Recipe for the Perfect Afro” by Feature Cast
“Funky Plucker” by Semi Detached