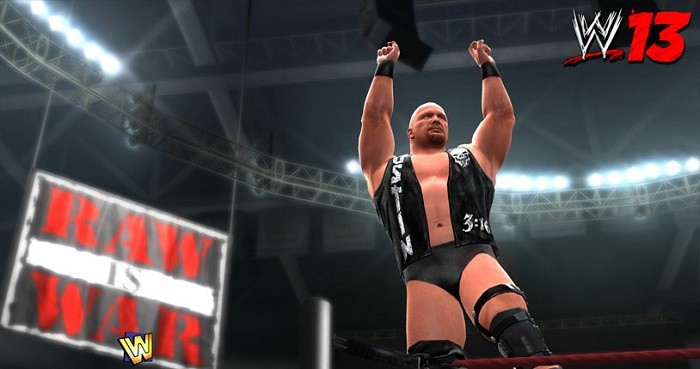 Did a 1990s nostalgia movement begin without someone alerting me? THQ is looking to recapture the excitement of the WWE Attitude era from the late 90s – early 00s with the release of WWE ’13 this fall for the Xbox 360 and the PlayStation 3.

THQ promises that prominent attitude era super stars like Stone Cold Steve Austin will return for WWE ’13. Perhaps we will also see The Rock in this game? He did make a pretty awesome appearance at Wrestlemania this past April.

WWE 13’s single player campaign will be centered completely on the Attitude Era and will focus on eight to be announced super-stars from that time. THQ promises a full roster reveal, multiplayer details and more in the coming months.