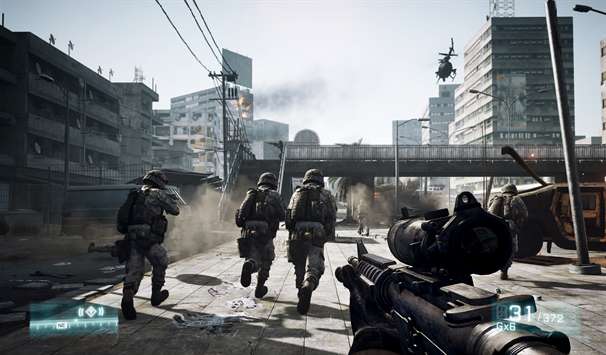 Electronic Arts is following in the footsteps of Activision’s successful Call of Duty Elite service by offering a premium service that provides 5 expansion packs (including the already released Back To Karkand) with a two week headstart over the general public, as well as priority server access and strategy videos. Is all of this worth $50 a year?

The fact that EA is willing to sell priority access to hosted games is a little concerning. What may ignite the player base even further is the proposed perk of Stat Resets. Essentially if you pay for Battlefield 3 Premium you can reset your in-game statistics to look like you just started playing. Hopefully EA will create some kind of emblem or other marker so we can tell who has reset their stats and who has not. Although a Stats Reset hardly sounds as accomplished as obtaining a prestige or two in COD.

All of this information started out as a rumor, circulating this afternoon, until EA issued the following statement to another outlet:

“Looks like the excitement for Battlefield Premium cannot be contained. For details, please visit Battlefield.com on June 4.”

Coincidently June 4th is the release of the next Battlefield 3 Expansion as well as the start to E3 and Microsoft/Sony’s press conference.