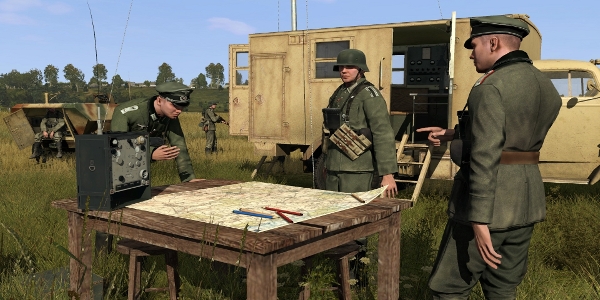 Last week Deep Silver and X1 Software/AWAR released some Soviet themed screenshots from their upcoming tactical shooter Iron Front – Liberation 1944. This week they’ve released some screenshots depicting the other side of the coin: the Wehrmacht. If you feel the need to put the hurt on some Bolsheviks, then you can pick this game up on the 25th. In the meantime, you can see some of Germany’s finest in action after the jump.

A Focke Wulf w-190 diverts from its mission to obliterate a Petlyakov Pe-3.

Alas, air support isn’t there when the Stug commander needs it most! How will he hold against waves of T-34s?

Pilots are quickly transported to their Stukas by Volkswagen Kübelwagens.