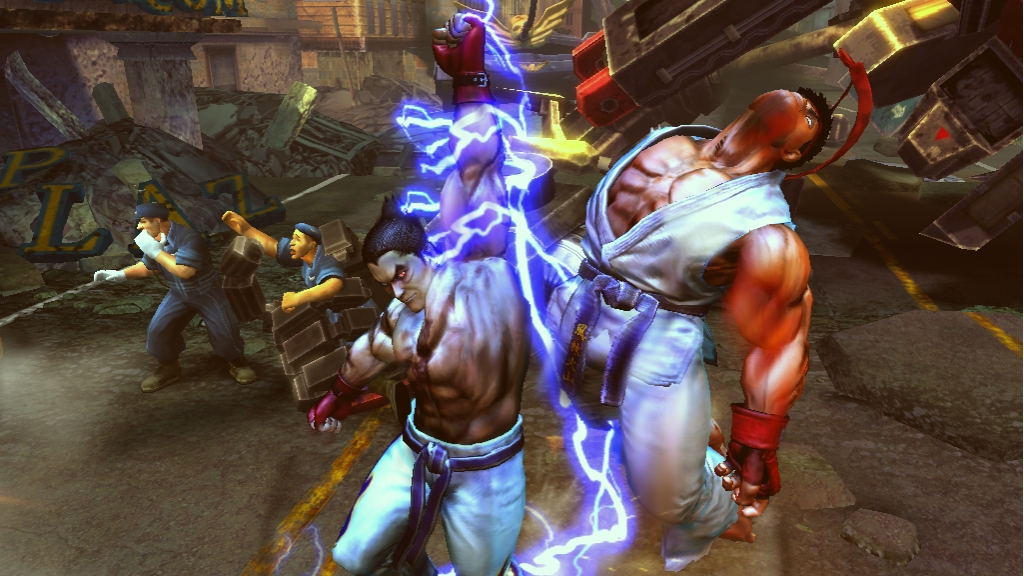 Capcom’s latest fighting mashup Street Fighter X Tekken has been released for download for Windows PC the publisher confirmed this morning via press release. The game is already availabe on Gamers Gate and should be on Steam in due time. At the time of writing this does not appear to be the case however.

The Windows version of Street Fighter X Tekken includes the full roster of 38 characters that were featured in the Xbox 360 and PS3 releases from earlier this year. New to the PC version is the ability to play in 3D. Capcom also says that the PC version of SFXT features additional graphical options as well.

Want to know if your rig can run SFxT? Check out the system requirements after the jump.