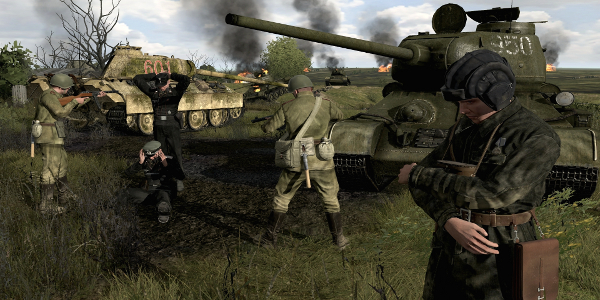 Deep Silver and X1 Software/AWAR just released new screenshots from their upcoming tactical shooter Iron Front – Liberation 1944. The pictures showcase the Red Army, which is appropriate for a game set during the great Soviet summer offensive of 1944. Iron Front comes out on the 25th of this month, in the meantime you can check out the new screens after the jump.

If you get a sense of Déjà vu while viewing the wave of screenshots below, it might have something to do with the fact that Iron Front uses the same engine as ARMA 2.