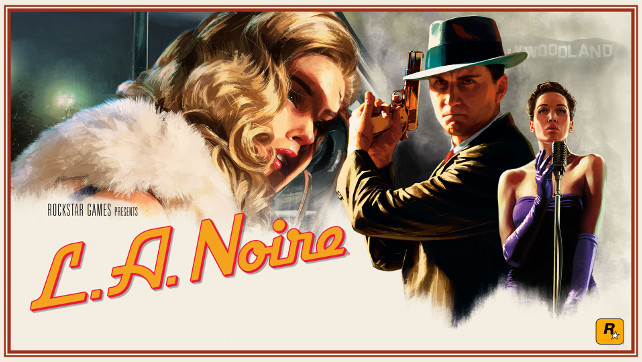 L.A. Noire – Amid the post-war boom of Hollywood’s Golden Age, Cole Phelps, an LAPD detective, is thrown headfirst into a city drowning in its own success. Using revolutionary facial animation technology, the L.A. Noire game blends breathtaking action with true detective work for an unprecedented interactive experience. Solve brutal crimes, plots and conspiracies inspired by real crimes from 1947 Los Angeles. Search for clues, chase down suspects and interrogate witnesses as you struggle to find the truth in a city where everyone has something to hide. L.A. Noire will be available on Nov. 14.

DOOM – DOOM is back as a brutally fun and challenging modern-day shooter experience. Relentless demons, destructive weapons and fast, fluid movement provide the foundation for intense first-person combat – whether you’re ripping through the single-player campaign or competing against friends across numerous multiplayer modes. DOOM will be available on Nov. 10.

Rocket League – Rocket League is a high-powered hybrid of arcade soccer and driving with rewarding physics-based gameplay. Take to the pitch for a fully featured offline season mode, multiple game types, casual and competitive online matches, and special “Mutators” that let you change the rules entirely. Express yourself with one of the deepest customization systems around, and battle opponents on other platforms with groundbreaking cross-network play. The Nintendo Switch version features exclusive Battle Cars: Mario & Luigi NSR and Samus’ Gunship. Rocket League will be available on Nov. 14.

Mario Party: The Top 100 – Ever partied with Mario? Stuffed mouthfuls of pizza? Dodged penguins? Well, the party is back with the top 100 minigames in Mario Party series history! Test your memory, speed and luck in a variety of multiplayer minigame types. With Download Play, up to four players can party on their own systems with just one player with the full game. This time, the fun comes faster, thanks to some fresh features, including a Favorites option for quicker minigame selection and streamlined instructions.

Lords of Thunder – Lords of Thunder is a side-scrolling shooter that has you take on the role of a legendary warrior, blasting enemies to heavy-metal tunes. Your enemies are plotting to revive Zaggart, “The Dark One,” who was sealed beneath the six continents of Mistral. It’s up to Landis, descendant of the heroic Dyu, to stop them. Choose the order in which to attack the six stages. Before each stage, select one of four magic armors and use crystals you’ve collected during your battles to buy items. Then get ready to face awesome enemies like a fire-spewing sea serpent or a giant insect.

You can also redeem your points for the official The Legend of Zelda: Skyward Sword eGuide from Prima Games. For more info, visit https://my.nintendo.com.