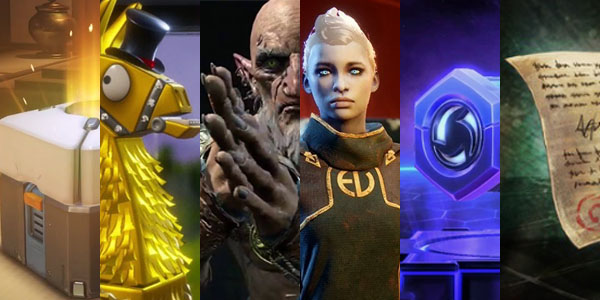 You might have already heard the news yesterday: Ubisoft mentioned on their Investor’s Call that “Player Recurring Investments” (read: microtransactions) have outpaced the sale of full price and discounted digital copies of their games for the first time ever. In terms of raw numbers of the 343 million euros the company made from their digital businesses 175 million Euros were the result of “Player Recurrent Investments” (which include microtransactions, add-on DLCs, Rainbow Six Siege Season Passes, subscriptions and those sorts of things). The 83% rise in microtransaction purchases over the past year for Ubisoft could signal the tipping point where small recurring payments within the AAA games we play outpaces traditional complete products for the foreseeable future.

I’m certainly not calling this the “death of the $60 game” or “the decline of games as a complete product” but there is no denying that over the past year major game studios have tried to forcefully inject smaller purchases into franchises that have not been known to use the previously mobile only lootboxes / battle crates / whatever you’d like to call them. What started with cosmetic item crates in Overwatch has quickly morphed into Warner Bros Interactive selling Legendary Orcs for real money in Shadow of War, players being able to purchase level-ups and weapon power in Fortnite‘s PVE mode and most recently random lootbox exclusive mount skins in ArenaNet’s Guild Wars 2. 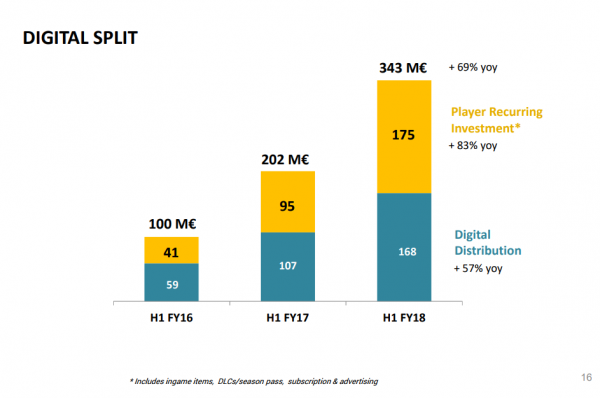 Tempting players with the chance of highly coveted items, exclusive skins and other valuables for only a small amount of cash does sound an awful lot like gambling. Yes, there is no chance of getting “nothing” when you purchase an Overwatch loot box but the disappoint that comes when you open a box that contains nothing but duplicates, sprays and the occasional voice lines became such a meme within the community that the Overwatch team found it necessary to fiddle with the odds found within loot boxes so that duplicates are less prevalent.

While I’m on the topic of odds – popular public contests like Mcdonald’s Monopoly, Casino tables and slot machines in British Columbia and other games of chance have to clearly outline the odds that a player faces before they make their decision.  The gaming industry has not faced threats of regulation when it comes to disclosing odds to players in North America yet but the Chinese government is well ahead of us and passed a law requiring game makers to disclose the odds of “random drops” within their titles. In the Chinese version of Overwatch you have the probability of one “legendary item” (the highest rarity) for every 13.5 loot boxes. If you try to roughly convert that to $USD or time spent depending on the calculations used you’re either spending $7.99 USD (for 14 lootboxes) or roughly 20 hours of gameplay time FOR THE CHANCE of unlocking a legendary item, not necessarily the one you want.

Are we at a turning point? Only time will tell but here’s hoping that the discussions around microtransactions, gacha style loot boxes and random chances for real world money within gaming face some kind of regulations in the near future. I know personally I’ve spent a good chunk of spare change on loot boxes and microtransactions over the past year and I don’t feel any happier or better off since I did. It would have been nice to know that to get that Soldier 76 Grillmaster Skins during the first summer games would have cost me 20 hours of my life just for the chance…