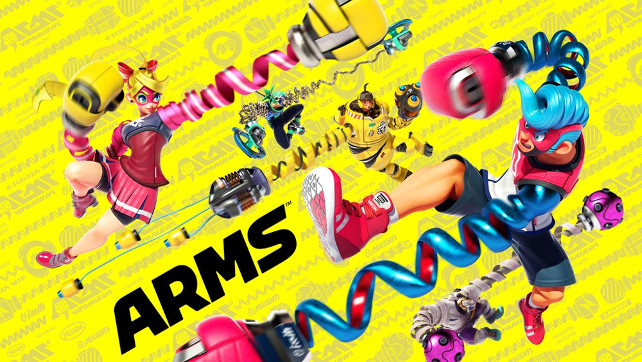 Nintendo’s upcoming ARMS game for the Nintendo Switch was the game that most impressed our Les Major at the Nintendo pre-release event for the Switch. To be honest as I was unable to attend the event I wasn’t completely sold but the game looked like a unique take as a uniquely Nintendo fighter.

Today Nintendo premiered a new Nintendo Direct video presentation all about its upcoming ARMS game for the Nintendo Switch console which dove deeper into the characters, their weapons, and the different modes within the game. To say the least the video presentation did a superb job of selling me on the game, which will be released next month.

ARMS was created by many of the same team members that developed Mario Kart 8 Deluxe for Nintendo Switch, promising the same level of polish and competitive action as the hit racing game.

“With games like Mario Kart 8 Deluxe, ARMS and Splatoon 2, the next few months will be a summer of social competitive gaming on Nintendo Switch,” said Doug Bowser, Nintendo of America’s Senior Vice President of Sales and Marketing. “This Nintendo Direct presentation offered great reasons why ARMS is perfect for players of all ages, whether they are familiar with fighting games or not.”

Check out the full Nintendo Direct presentation below as well as the point by point breakdown of the features from the game.

In the future, Nintendo plans on releasing free software updates that add new fighters, stages and ARMS to the game much like they previously did for Splatoon on the Nintendo Wii U. These free updates will occur after the game launches but no details are yet available.

Also like Splatoon 2 and Splatoon before it, ARMS is offering free trial periods to try out the game and get a taste of what it’s like before launch. But instead of a Global Testfire, these free demos will naturally be called the Global Testpunch. The first blocks of time will be allocated throughout the weekend of May 26-28, and the second blocks on June 2-4.

To participate, simply download the free Global Testpunch demo in Nintendo eShop on Nintendo Switch before the trials begin.