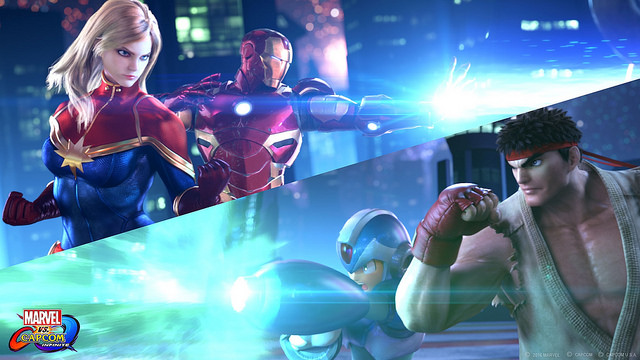 Marvel Vs Capcom: Infinite appears to take hints from the Marvel Cinematic Universe – featuring Avengers characters proximately in the brief 1:30 teaser trailer that Capcom unveiled during the Sony keynote.  The first new character that we get a look at in the footage is Captain Marvel, who is slated to get her own MCU film due out in 2019 staring Brie Larson.  Representing the Capcom side in this debut trailer are both Megaman and Ryu, from the Street Fighter series. 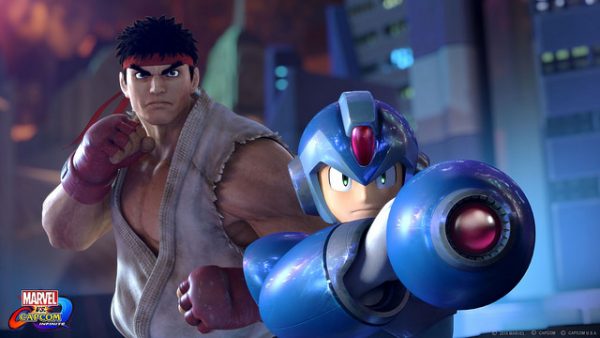 On the gameplay side of things Marvel Vs Capcom: Infinite will feature 2 Vs 2 battles, as opposed to the traditional 3 on brawls that the series has been known for. Infinity Stones are in-game items that grant a player a temporary boost in a number of different areas – power, space, time, reality, soul and mind – allowing them to hopefully turn the tide of battle. It was also promised that MVC: Infinite would feature “accessible single-player content” including a full cinematic story mode, training, arcade and mission modes.

If you’re looking for a current-gen MVC fix and can’t wait for 2017, Capcom and Marvel have also teamed up to re-release the now half-decade old Ultimate Marvel Vs Capcom 3 on PS4. It will be available sometime later today when the store is updated, as of press time no official price or listing is available. 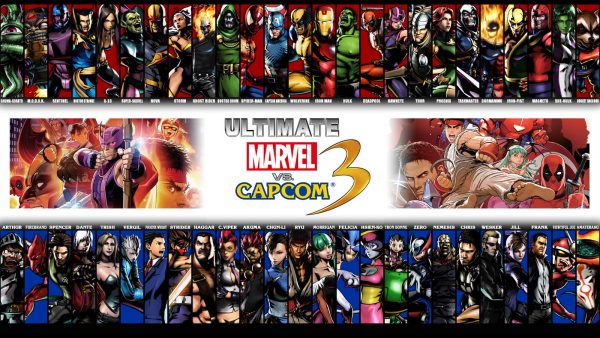 As Polygon originally reported, the YouTube trailer for the UMVC3 re-release confirms that Windows PC and Xbox One versions of the game will be made available in 2017 as well.

““Ultimate Marvel vs. Capcom 3 is being re-released for current generation systems; with the PlayStation 4 digital download version available today and the Xbox One and Windows PC versions coming in March 2017!”]”

Ultimate Marvel Vs Cpacom 3 was originally released in 2011 for PS3, PS Vita and Xbox 360 and features 36 different characters from both company’s stable of heroes.

More information about Marvel Vs Capcom: Infinite is available on the official PlayStation Blog.