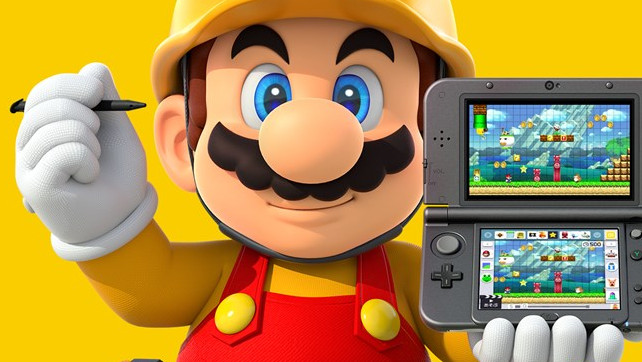 Super Mario Maker for Nintendo 3DS – Get ready to play a near-infinite number of side-scrolling 2D Mario courses anytime, anywhere! Earn in-game medals in 100 built-in courses and access recommended courses from the Super Mario Maker game on the Wii U console. Plus, design courses and share them with other players via the StreetPass feature and local wireless. The Super Mario Maker for Nintendo 3DSgame will be available on Dec. 2. Click here to watch the trailer.
Swapdoodle – Just in case you missed it, the Swapdoodle game is now available. Swapdoodle is an easy way to write messages, draw 3D pictures and share them with your Nintendo 3DS friends. Swapping doodles is a snap thanks to stamps based on the icons of played games and your Mii character. You can also purchase in-game add-on packs that have doodle lessons of Nintendo characters!

SHOOT THE BALL – In SHOOT THE BALL, your objective is simple – use the touch screen to “shoot” the ball into the open space scoring a point. Each shape is randomly given a speed and color to increase the difficulty. Challenge your family and friends to beat your session score. Have many times can you SHOOT THE BALL?

Advance Wars: Dual Strike – On the heels of its last defeat, the nefarious Black Hole Army has fallen under the control of a deadly new commanding officer. He has sent its new COs to attack the nations of Wars World once again, and it’s up to the allied armies of Orange Star, Blue Moon, Yellow Comet and Green Earth to put an end to Black Hole once and for all. In this classic Nintendo DS strategy game, players lead their new Commanding Officers to fend off the Black Hole Army’s latest invasion. With massive battles that sweep across both screens, the Advance Wars: Dual Strike game will change the face of dual-screen warfare forever.