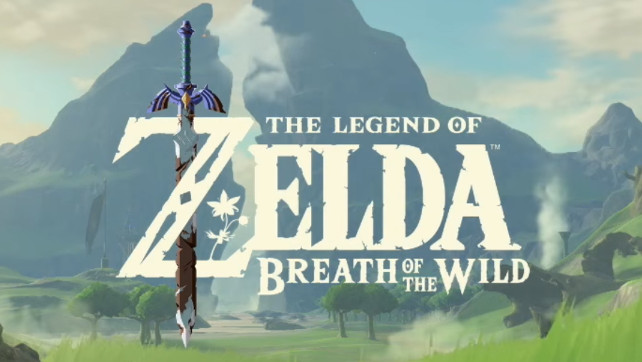 Nintendo released a pair of brand new The Legend of Zelda: Breath of the Wild videos this evening and they’ve already sent fans on a wild adventure – surely folks will be combing through these two videos for days or weeks to come. Showcasing just a little under 10 minutes of in-game action this new trailer & game-play walk-through hint at or directly confirm a number of new tid bits.

Before we get to the new videos here are both embedded for your viewing pleasure:

Spoiler warnings for the above videos from here on out!

Link will be able to make use of a Lightening Rod. Notice that in this build its base attack value is quite low, half of its description is cut off and it’s only on-screen for a fraction of a second. 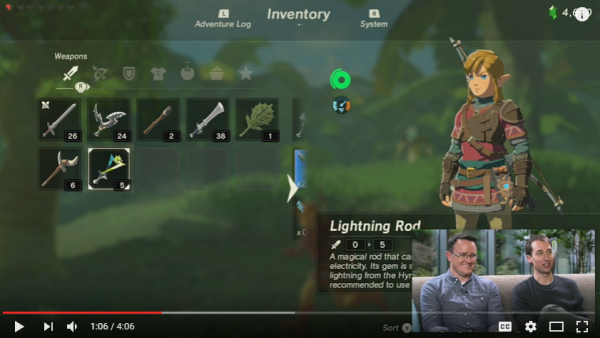 The Spiked Moblin Club, one of the weapons dropped by a larger enemy in the brand new trailer. Its base attack value is actually lower than the sword Link is using in this demonstration. 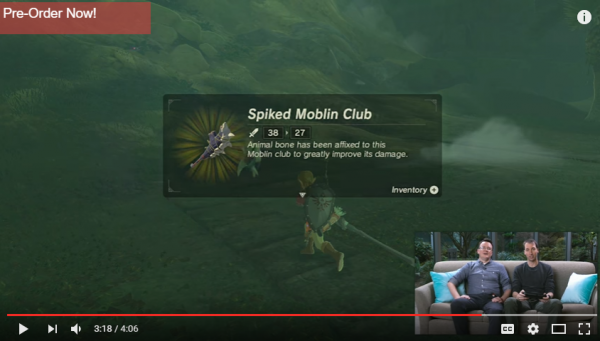 What treasures await us at the end of this gauntlet? Sadly Bill Trinnen won’t tell viewers – some secrets are best left for the players. 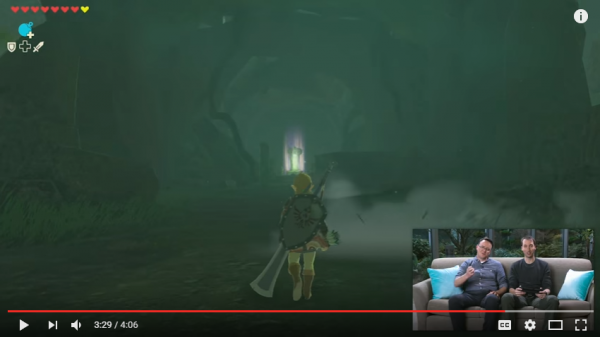 A dog jaunts alongside link during a portion of the latest trailer. Could this mean that Link will have other animal companions beside Epona? 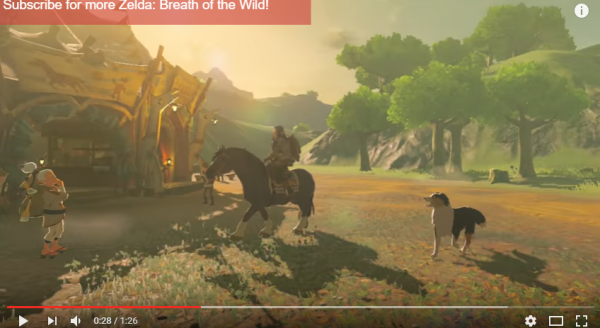 Who are these mysterious bird people that are briefly teased? Could they be the Rito from Wind Waker? Some fans have even speculated that these bird creatures are actually related to the shieka somehow. 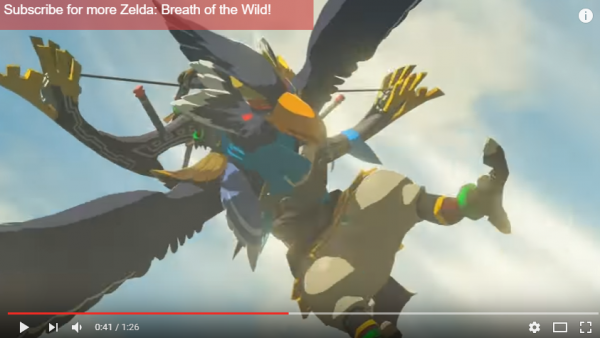 The final shots of the “Life In The Ruins” trailer gives us a glimpse of two seemingly different female characters. Could this be Nintendo’s way of hinting that we might finally get a female playable Link this time around? Could Princess Zelda be playable for a section of the game? 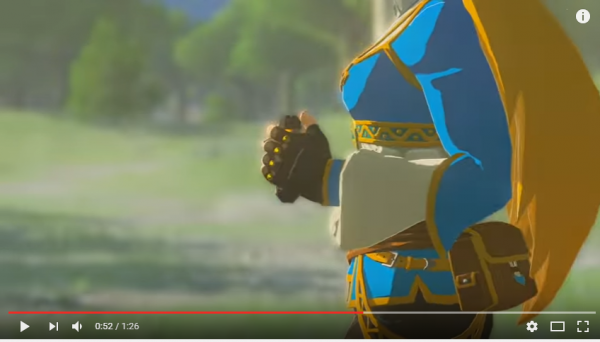 What do you think of the tidbits and juicy hints that Nintendo has layed out for us in this latest The Legend of Zelda: Breathe of the Wild footage? I played the game at E3 this past June and was absolutely blown away by it. This (new?) female character and possible canine companion have me even more intrigued. Share your thoughts with me in the comments section at the bottom of this article!

The Legend of Zelda: Breath of the Wild will be released for the Nintendo Switch and Wii U in 2017.

Tags: Breath Of The WildGameplay FootageGameplay TrailerThe Legend of Zelda: Breath of the Wild