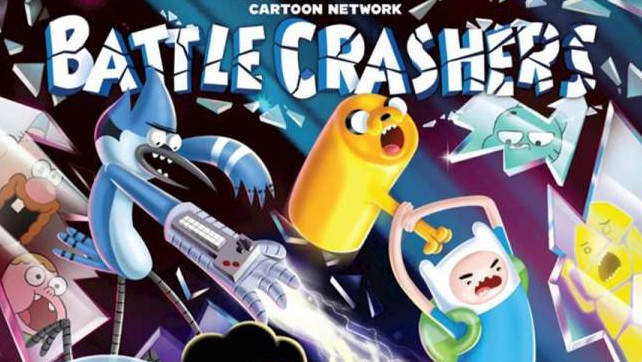 The latest game licensed from Cartoon Network, titled Cartoon Network: Battle Crashers, hits stores today. The game is an original side-scrolling action game available which is available on the PlayStation 4, Xbox One and Nintendo 3DS.

Coming from Maximum Games in partnership with GameMill Entertainment, Cartoon Network: Battle Crashers smashes together the universes of some of Cartoon Network’s biggest animated series for one outrageous adventure across dimensions. There are six fan-favourite heroes to choose from, including Steven Universe (Steven Universe), Gumball (The Amazing World of Gumball), Clarence (Clarence), Uncle Grandpa (Uncle Grandpa), as well as the buddy pairs Finn & Jake (Adventure Time) and Mordecai & Rigby (Regular Show).

The game includes a single-player campaign and local drop-in/drop-out co-op* for up to four players, though this feature is absent from the Nintendo 3DS version of the game. It also features tag-team gameplay, character progression, and special stages and boss battles for a fast-paced and enjoyable action experience. There’s also a bonus Bonkers mode that remixes stages for even greater challenges.

Oddly, the game is cheaper in the Nintendo 3DS eShop than it is at retail. The physical version of Cartoon Network: Battle Crashers is available in stores for $39.99 CAD, however in the Nintendo 3DS eShop it’s available for $10 less. So if you’re not picky about having a physical game box that might be your better option. It’s also available for both PlayStation 4 system and Xbox One for $39.99 CAD.