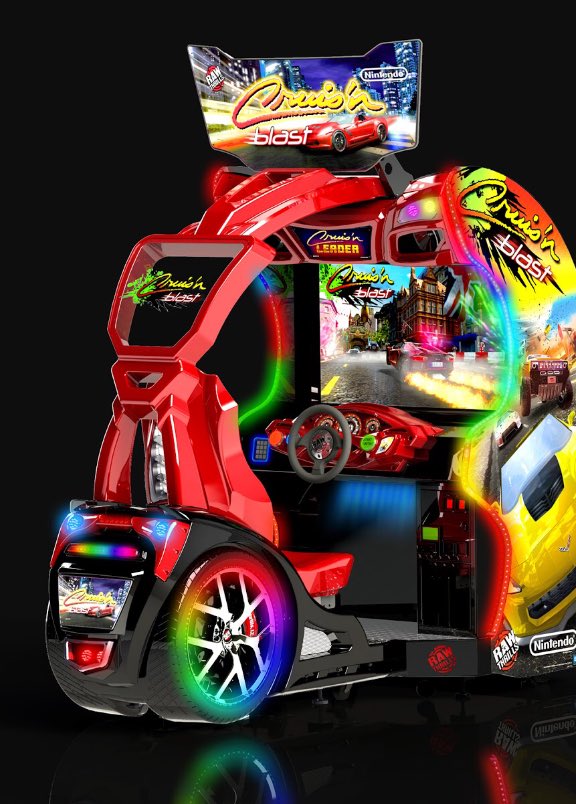 Arcade producer Raw Thrills announced a revival of the classic Cruis’n racing series today. The new game, Cruis’n Blast, is an arcade racer which will be coming to arcades and entertainment centers in January 2017. Details on the game are scarce, but arcade fans have reported on the machine’s development over the past year.

Cruis’n Blast is being published by Nintendo, as has been the case for the series’ previous releases. Originally developed by Eugene Jarvis at Midway, classic titles like Cruis’n USA and Cruis’n World were released as both arcade machines and home releases on the Nintendo 64. Off-the-wall racing gameplay with boosts, stunts, and absurd locations were a series staple. 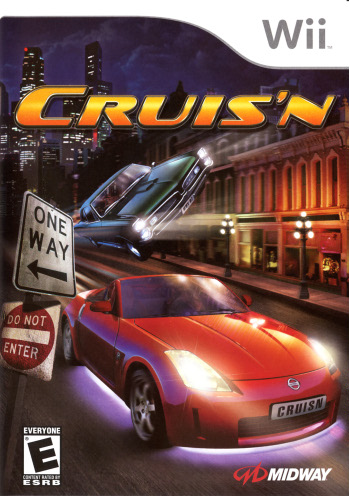 Jarvis continued the series at his new company Raw Thrills after Midway left the arcade business, creating a Fast and the Furious-licensed title in the spirit of Cruis’n which was eventually ported to the Wii with all licensed elements removed as the last proper Cruis’n title.

Cruis’n‘s debut on the Wii in 2007 was not very well received, with many critics referring to the game as unpolished and dated. Its port was handled by a third-party and published by Midway, making Cruis’n Blast Jarvis’s first return to the series since 1999’s Cruis’n Exotica.

Arcade fans have anticipated the announcement and release of Blast after seeing test machines for Cruis’n Adventures and Cruis’n Redline pop up in various arcades, theaters, and entertainment centers. A video taken by Arcade Heroes showcases one of the Redline test units, which features new elements like destructible environments and collectible vehicle cards. The machine looks to be a basic version of the Blast cabinet revealed by Raw Thrills today, featuring a similar rainbow neon motif.

Cruis’n Blast is reported to be arriving in various arcades as of January 2017. The game reportedly packs a 43-inch 1080p display and will feature tracks set in London, Madagascar, Rio, Death Valley, and Singapore. We’ll have more details on the new game as they’re revealed.