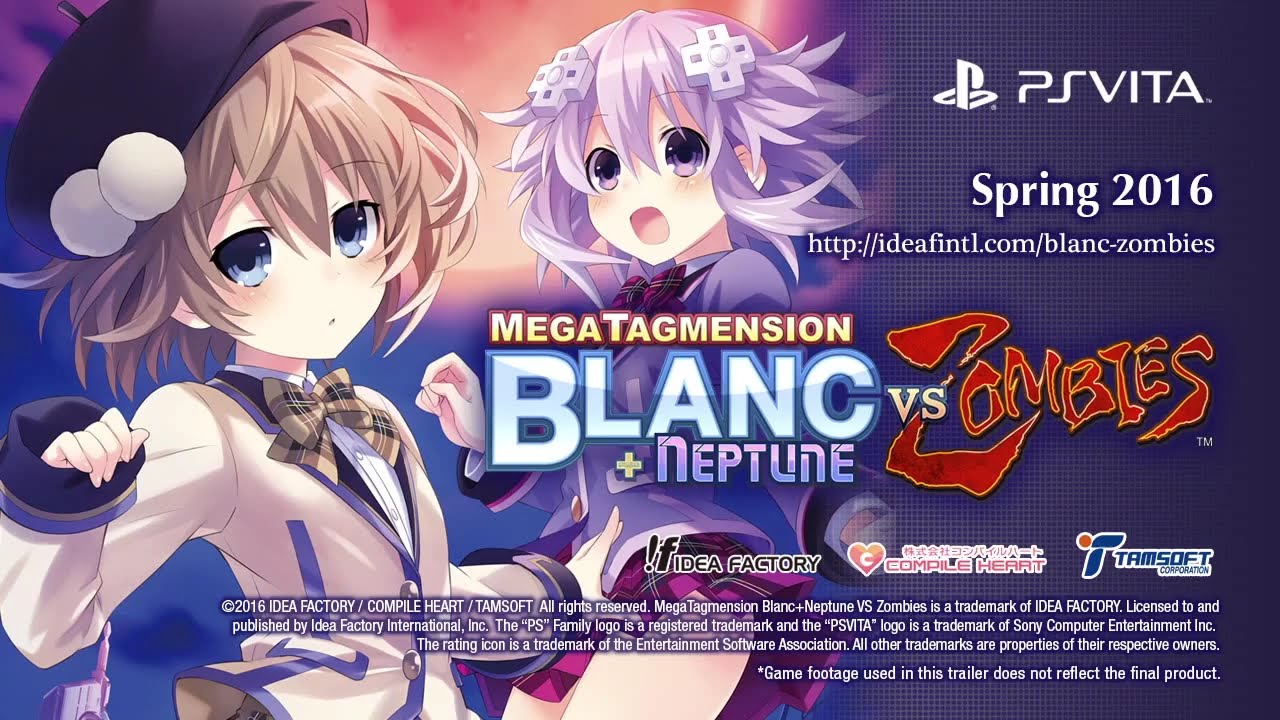 Idea Factory International has launched the Steam version of this past spring’s tongue in cheek alternate universe of the self aware Megatagmension: Neptunia + Blanc Vs Zombies.

This game is a much different take in a series that has a number of different iterations and canon entries. Neptunia Vs. ZombiesI is a real time action title that casts Blanc and Neptune as members of the film club of the prestigious GamesIndustri Academy, while filming a movie to try and raise money to save their school from closure the cast comes across real life horrors! This shift in genre and universe surprisingly doesn’t affect the character’s core personality traits or humorous delivery. 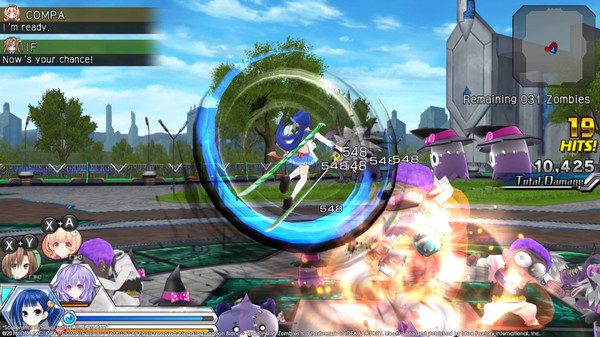 Here are some of the game’s key features according to its’ Steam Page:

Key Features
– Fight off zombie hordes in 1080p with a two-person tag team and rack up crazy combos!
– Team up with up to 3 other friends in online Multiplay mode to take on multiplayer quests, with new quests updated daily!
– More characters join the battle with their own fighting styles, including Plutia, Peashy, Uzume, and a new playable character – Tamsoft!
– Dress to kill with customizable equipment, and accessories that can be put pretty much anywhere.

For the next week Megatagmension: Blanc+ Neptunia Vs. Zombies will be available on Steam for PC at a reduced rate and it includes all of the previously PS Vita exclusive DLC. 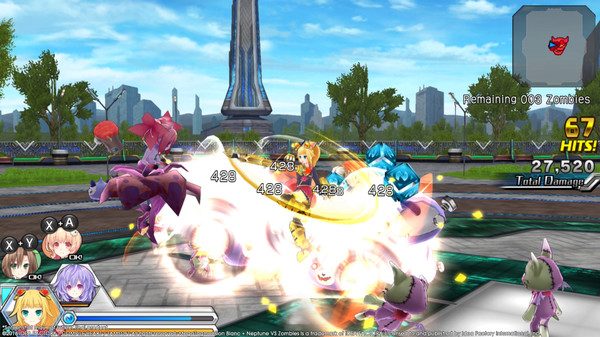