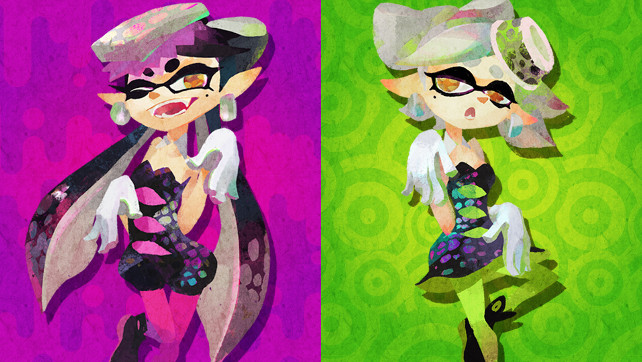 After fifteen Splatfests the folks at Nintendo are hanging up their ink guns. Nintendo announced today that the next Splatfest will be the last.

The theme for the last Splatfest will be one that will surely be hotly debated, even moreso than the Pokémon themed one previously. Are you Team Callie or Team Marie?

The showdown begins at 5:00 AM ET on Friday, July 22nd and will run until 5:00 AM ET on Sunday, July 24th. This is an extra special event as it will last two full days rather than the usual 24 hour contest.

The last Splatfest will be taking place (almost) at the same time in all regions, however the matchups will be different. While it is a global event, players will be matched up in their respective regions rather than with anyone in the world. The Top 100 Players will also be tallied and announced separately for Japan region and for North America and Europe regions. Though the results will be collected from all regions, they will be combined together and announced at the same time.

The event will be announced in game with voting starting at 10:00 PM ET on Monday, July 4th.