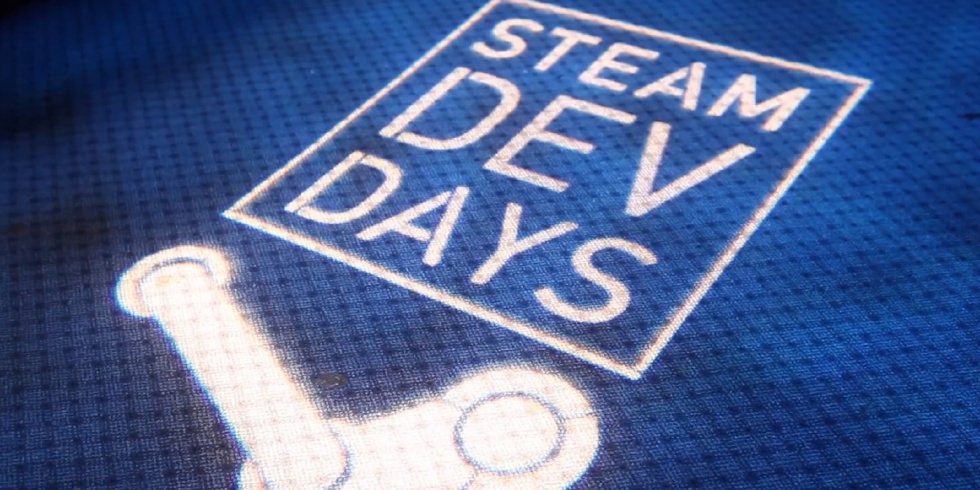 Members of Valve’s Steamworks program, which provides game developers and publishers the tools needed to publish their games on Steam, received emails today announcing that the much coveted Steam Dev Days is returning. 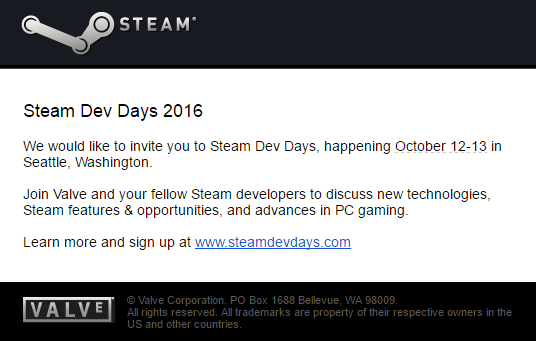 The first Steam Dev Days was held January 15-16 in 2014 and was regarded as a highly informative conference with quality talks and networking. While Valve used it to heavily market their struggling Steam Machine and Steam Controller, they also showed their virtual reality headset, now known as the Vive.

While the first Steam Dev Days was invite-only and cost-free, it looks like Valve is intended to expand their audience, allowing even non-Steamworks members to sign-up for notification when registration goes live. However, it does seem that Steamworks partners will get preference.

The registration fee is noted to be $95, though the cost is almost certainly more to discourage people who may not attend from signing up rather than to offset the costs of the event. While some talks will pitch Valve’s products and services, all of the sessions last Steam Dev Days were well done and contained valuable knowledge.

Though the Steam Machine was the focus of the first Steam Dev Days, it looks like the Vive and virtual reality has taken its place as the hot topic for discussion.

As Valve gave away a BRIX Pro Steam Machine and prototype Steam Controller at the previous Steam Dev Days, and gave a Vive Pre to each attendee of the Vision Summit 2016, some are wondering if attendees of Steam Dev Days this year might find a Vive in their bag of goodies.

Free Vive or not, this is a conference worth attending.