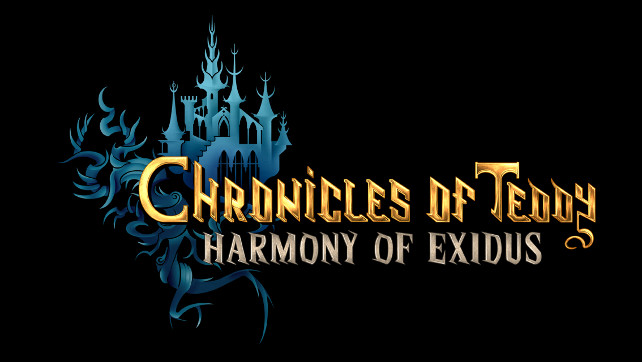 Chronicles of Teddy: Harmony of Exidus – Retro pixelated platforming action! Chronicles of Teddy: Harmony of Exidus fuses together action adventure and RPG elements with lavish visuals to create a nostalgic world unlike anything you’ve seen before. Navigate your way through hordes of nefarious monsters and massive boss battles in retro pixelated 2D glory! Solve puzzles, converse with locals and gain skills to restore hope to the once peaceful Exidus.

Mario Super Sluggers – Missed out on this fun Wii game? You can now download it directly on the Wii U system! Rookies and veterans alike will be swinging for the fences in no time. Simply swing the Wii Remote controller like a bat, or use a pitching motion to test your strike power from the mound. Play ball with up to four players, and select from nine unique stadiums – everything from an ice-filled castle to an urban cityscape. (additional accessories required; sold separately)

Justice Chronicles – Kline, a novice High Beast Knight is sent on reconnaissance into Laft, the Earth-Depths, where he comes across Alia, a Battle Maiden who has suffered terrible injuries and is close to death. In order to help her, he forms a partnership with the God of Death, Rooselevy. Alia lives, but in return the young knight must give up his life… In a world on the brink of war, the newly acquainted duo must fight destiny itself in order to save the world from the ever creeping darkness that is threatening to consume everything, and once and for all restore the balance of the world. Featuring 40 hours of unique gameplay, a rich storyline mixed with a large variety of characters and enemies, as well as many more intriguing features such as powerful meteorites that grow with the character, animated turn-based battles, a large quantity of side quests, material collection, weapon crafting, and beautiful 8-bit dot artwork, Justice Chronicles really captures the essence of a true Role Playing Game!

Miiverse Star Fox Zero Intergalactic Art Event – Calling all Star Fox fans! We have less than one month until the Star Fox Zero game launches exclusively for Wii U on April 21. To celebrate, Miiverse is offering an opportunity to win $10 in Nintendo eShop credit. To participate in the sweepstakes, draw some fantastic Star Fox fan art and post it to the Miiverse Star Fox Zero Intergalactic Art Event community by April 22. Fox McCloud, Falco Lombardi, Peppy Hare, Slippy Toad – which classic character will inspire your artistic creation? You can enter once each week for your chance to win $10 in Nintendo eShop credit – 40 winners will be chosen in total.