Its been a little while since I used a PPSH to shoot at someone with an MP-44, and honestly I think its far past time to get ourselves back in the metaphorical trenches. Battalion 1944 aims to do just that with its now fully funded kickstarter. The kick starter generated quite a bit of publicity  as it raised its goals, and showed its technical specs. The kick starter has now ended bringing in £317,218 ($451,000) from more than 10,000 backers. That number is over 300% of its original goal, and represents quite a bit of extra cash to give the studio some breathing room. The also unlocked some cool stretch goals 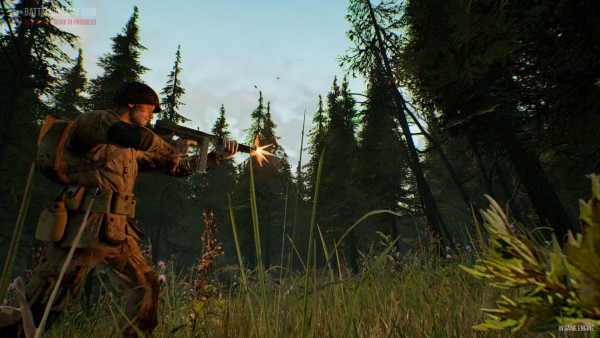 executive producer Joe Brammer said “The reason these stretch goals were placed at such a high price is because characters cost a lot to make. We aren’t cutting corners on this game AT ALL, If we want to join the ranks alongside Activision and DICE we need to build quality like they do, this costs money. For us to design entire character sets, all the customizations that go with it, custom faces, weapons, voice overs, implementing them into the game, maps, environments, and in some cases game modes, that all costs money.”

check out the trailer below if you want to get a sense of what the game might feel like when its finished Battalion 1944 is expected to launch in May 2017 for Xbox One,PlayStation 4, and PC.

What do you think of the idea of going back to 1944? Tell us on Twitter or facebook!