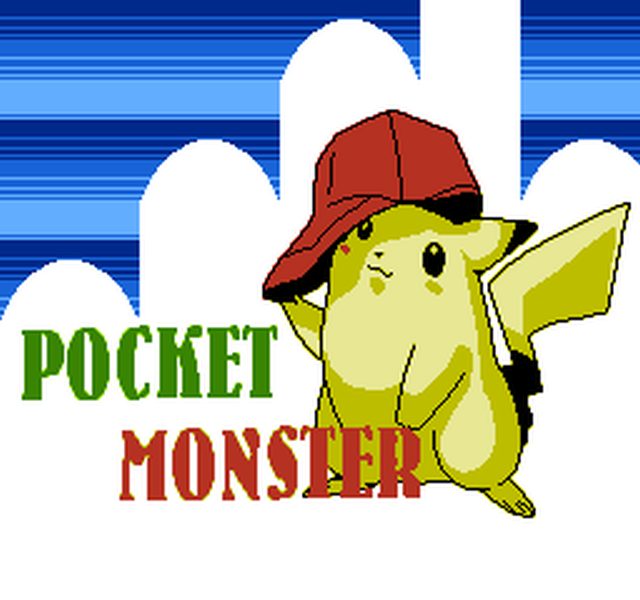 Broken Bootlegs is a weekly series covering unlicensed games (also known as bootleg games) for mainly 8-bit and 16-bit consoles. This week’s edition covers an entry that some people may not be familiar with, but people are quite familiar with in regard to the source material: Pocket Monster!

Several years back while scouring eBay for reasonable-priced bootlegs or prototype games, I happened upon a YH-4126 4 in 1 cart Super Game, advertised with Pokemon Yellow, Blue, Silver, and Red. For $25, I thought I’d try my luck and see if I could get my hands on either infamous Pokemon Red or Pokemon Gold games. After waiting about a week, it finally arrived and was really excited to try it out to see if it would even work. Much to my dismay, it didn’t work in my NES with the pin converter, but I got lucky as it somewhat worked in my Famicom. After turning it on, I tried a few of the games only to see that they’re small sprite hacks of games like Little Nemo and Wacky Races. One game stood out though, as when selecting Pokemon Yellow, it went to a game called Pocket Monster. 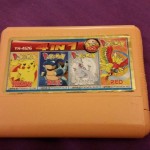 It looked promising, at least

Like the other games on the multicart, Pocket Monster is a side scrolling platformer, albeit simpler to the other games. After starting the game, I gained control Pikachu in an area called Velbt. Already cringing from the bit of Engrish, I started moving around trying to learn how to walk, run, jump, and attack via a screen-clearing electric shock. Similar to the Super Mario series, one button is used for jumping, while the other is used for attack and run. While running around, I also noticed besides being able to clear out all on-screen enemies, you can jump on them as well, just like Super Mario Bros. Unlike that series though is a three-hit counter, which after Pikachu is hit three times, he dies and have to start the section of the level over again. There was one thing that struck me as very odd though, when pausing the game, I found out that I could move Pikachu left or right without any consequence of hitting walls or enemies! In addition to that, pressing select would skip the current level. Whether or not the developer(s) forgot about removing the debugging features, or if it was intentional has been lost to time.

Playing though it, it’s pretty standard fare: defeat enemies that may or may not be Pokemon for three levels, defeat the boss, and go onto the next area. The game’s pretty consistent with difficulty, but it’s quite repetitive. After defeating the boss, I was greeted with a small animation of a Pikachu dancing under the letters END. It wasn’t very inspiring, but it does provide a decent distraction for a while. The music, surprisingly, isn’t awful, but still felt like it was ripped from a Konami game. After doing some research on it, I learned that Super Game is the name of the sound engine used for that specific game, which is a copy of Konami’s sound engine from back then. Controls are hit and miss just like with most other bootlegs, but it doesn’t adversely affect the gameplay. The game itself has been entertaining to show off to roommates in the past, as none of them have ever seen a bootleg game. Funnier still, is the outright laughing when I shown off the debug features that was left in the game. Sadly, not much is known about who developed this game, nor who may have distributed it originally. If anyone has any additional information regarding the game, and/or any information on the JX TV.Game Cartridges that are out there, feel free to drop us a line though social media.