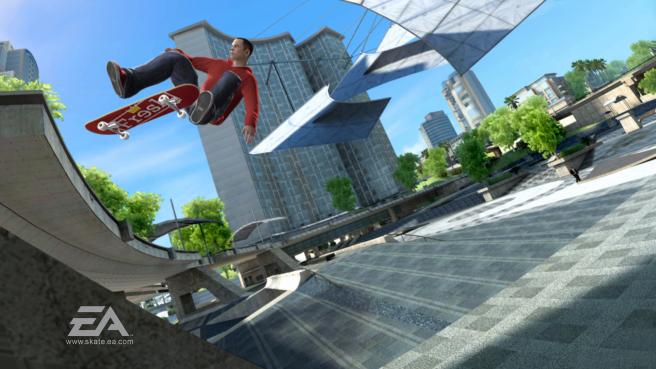 According to a now delisted item on Australian retailer JB Hi-Fi Electronic Arts could be poised to release the first current generation entry in their long-running Skate franchise – Skate 4- as soon as this August.

Alongside the supposed release date of August 23rd 2016 the website entry also featured cover-art for the game that reveals that copies of Skate 4 will also include a downloadable copy of the Xbox 360 title Skate 3 bundled with the Xbox One version.

The Skate franchise has been going strong for 9 years now, with the first entry debuting on the Xbox 360 and PlayStation 3 back in 2007. Skate titles are known for their unique control scheme which uses the twin sticks on the Xbox / PlayStation controller to represent the borders’ foot movements, providing an additional degree of control not found in competing titles like Tony Hawk’s Pro-Skater. 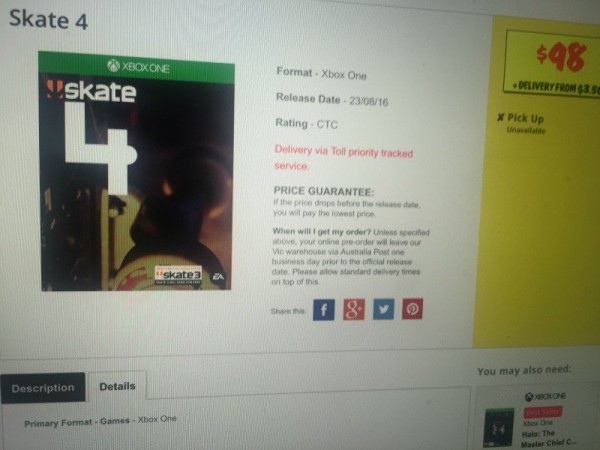 Do you think that EA will surprise the world with a Skate 4 reveal at GDC or E3 this year? After the failure that was Tony Hawk’s Pro Skater 5 I’m sure skateboarding fanatics can give another publisher a go at recreating the thrill of riding on a board.