SEGA has announced today that they will be giving out a 3DS sticker sheet with a limited number of pre-order and launch copies of Sega Classics 3D collection. The press release does not specify how many launch games will come with the sticker, but it does say that all pre-orders will receive the sheet. Gamers in North America will be able to get their hands on the retro themed collection on April 2nd. Hit the jump to see the list of the stickers. 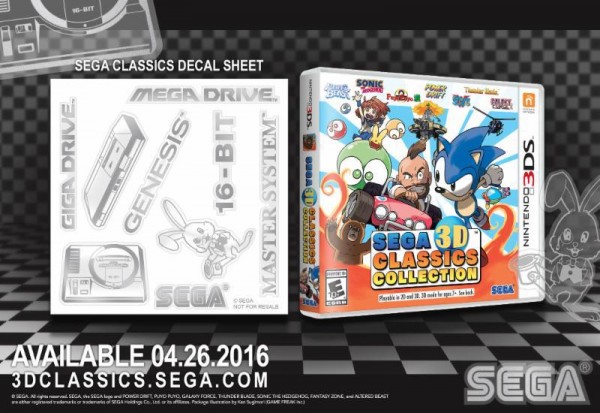