Call it yearning for nostalgia, call it reliving the old days but after writing and producing the Halo Online preview that went live today I decided to dust off my Xbox 360 from the back of my entertainment center. After I signed up for a trial for Xbox Live, as it had been at least a year since I last played my Xbox 360 and was ready to see what my favorite multiplayer Halo title had been up too in the past nine years.

What greeted me after logging in was a literal ghost town. Yesterday on a sunny Sunday afternoon only 150 people where playing Halo 3 on Microsoft’s last generation console. The matchmaker couldn’t find me a free for all game, so I wasn’t about to try any of the exotic gametypes like VIP or Juggernaut. Instead I opted for the long time Halo staple, Team Slayer. After waiting 15 minutes to be placed in a match the servers finally found 3 other people and threw us all onto The Pit. We played out the entire match even if finding each other in the expanse of the training complex was a rare occurrence. I think in the end everyone had less than 5 kills before the match ended and I put the console away back in the corner of our living room cabinet.

It’s not surprising that a game that is almost nine years old doesn’t have a strong online community – as time passes people simply move on. There have been three major Halo releases since Bungie’s swansong to Matcher Chief debuted in 2000. 343’s first Halo title on the Xbox 360 had reports of low server populations even a full year before Halo 5 would debut. With less than 2000 people playing that game all the way back in 2014!

Of course almost all of the content to be found in all 4 previous entries in the Halo franchise is accessible on the Xbox One via the Master Chief Collection, but at the time of writing I don’t own one of those.

Goodbye old friend, it’s sad to see the death of a shooter but I send you off with a Salute, at least we got to enjoy one more game together. 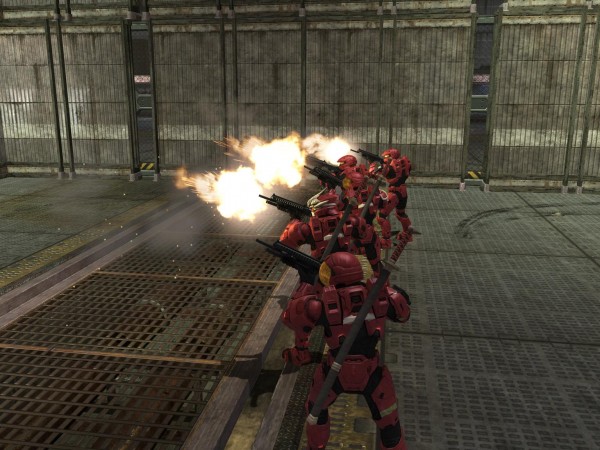